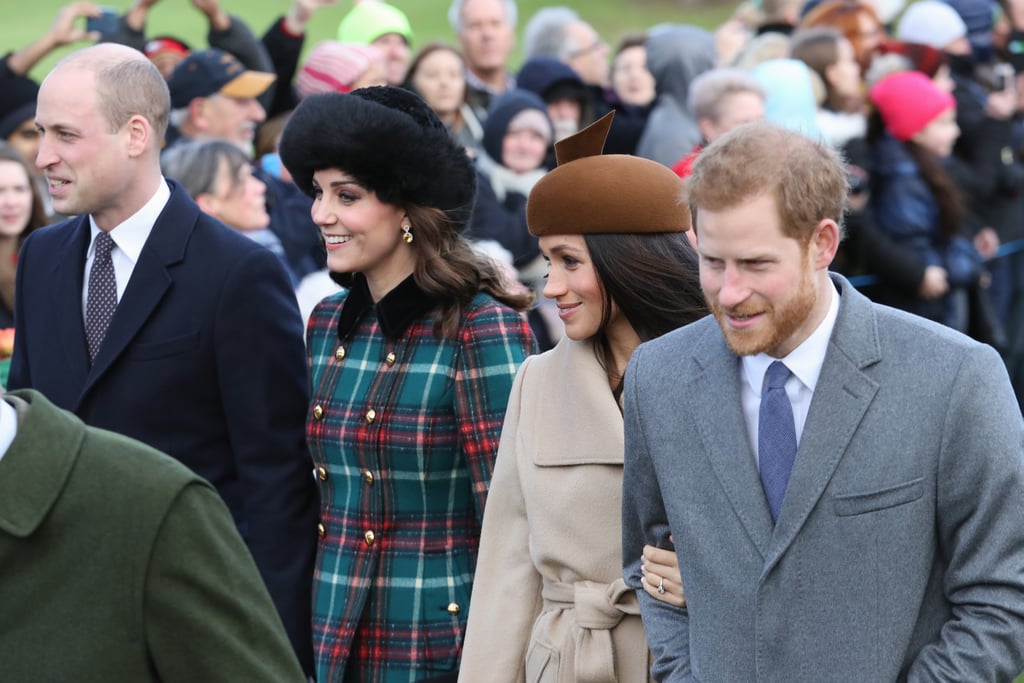 The British royal family has a number of festive traditions, one of which is attending a Christmas Day service at St Mary Magdalene church, a stone's throw from the Queen's home at Sandringham. Each year, the whole family (save for the Queen, who drives) walk to the church, giving us a glimpse of generations of our favourite royals.

This year, many people were excited to see Prince Harry's fiancée, Meghan Markle, join the group, though it was her first appearance with Kate Middleton that had everyone talking. Alongside Meghan and the Duchess of Cambridge were Prince William and Prince Harry, in addition to Queen Elizabeth, Prince Phillip, Prince Charles, Camilla, and more. It looks like Prince George and Princess Charlotte stayed home this year, with the Prince saving his now-famous facial expressions for the royal family's traditional Christmas dinner. See all the photos of those royal arrivals ahead.