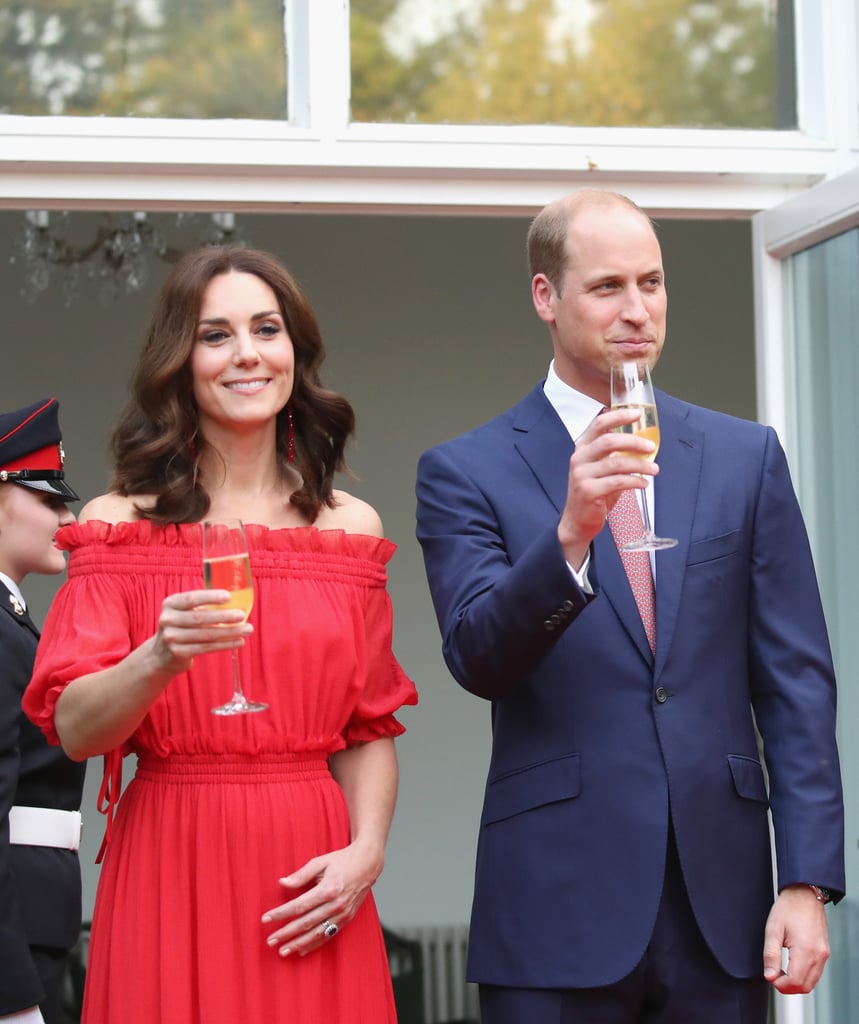 The British royal family appears to be having a blast on their tour of Poland and Germany this week. On Wednesday, the Duke and Duchess of Cambridge touched down in Berlin with their two children, Prince George and Princess Charlotte, which immediately resulted in a handful of precious moments. While Prince George flashed his signature unimpressed face for the cameras, Princess Charlotte, who gave her first diplomatic handshake, was preoccupied with her bouquet of flowers.

After putting their little tots down, the royal pair visited the Brandenburg Gate and the Holocaust Memorial before heading over to the Strassenkinder, a charity which supports young people from disadvantaged backgrounds, where they offered warm hugs to a group of children. And they didn't stop there. Later in evening, the couple met with President Frank-Walter Steinmeier at the Bellevue Palace Gardens, where they held a garden party complete with champagne in honour of Queen Elizabeth II's birthday.

Related:
Of Course George and Charlotte Upstage Will and Kate on the First Day of Their Royal Tour
Previous Next Start Slideshow
The RoyalsPrincess CharlotteThe British RoyalsThe Royal TourPrince GeorgePrince WilliamKate Middleton