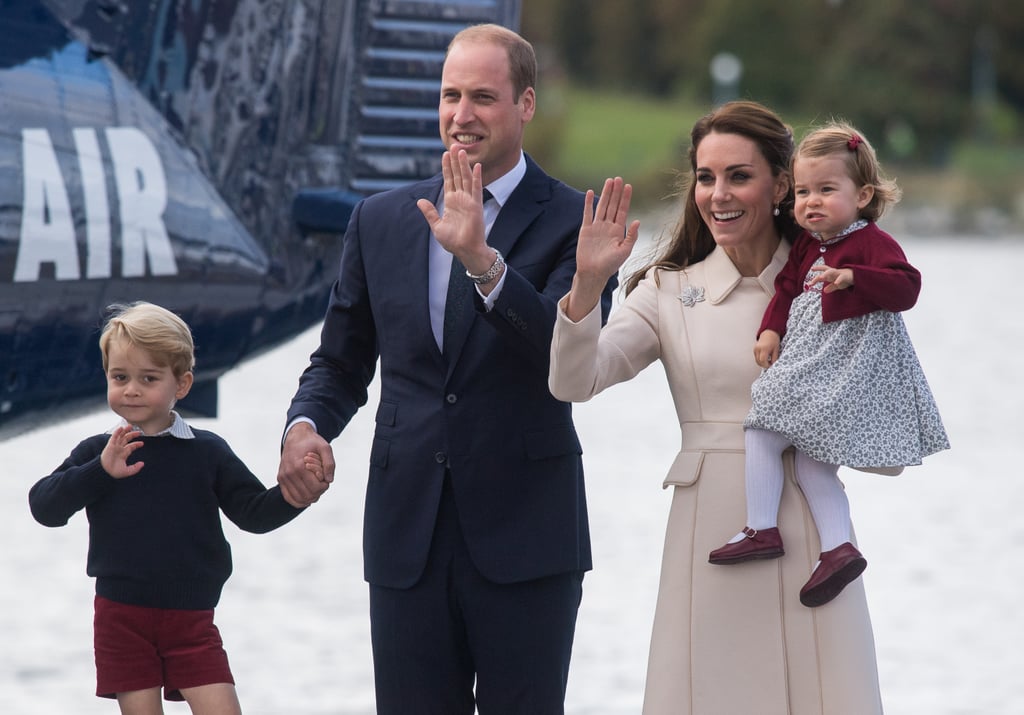 The Duke and Duchess of Cambridge, Prince George, and Princess Charlotte ended their eight-day tour of Canada on Saturday on an adorable note. The family of four was photographed waving goodbye to the beautiful country and gathered well-wishers before hopping on a sea plane. George, who sported his signature look of knee-high socks, shorts, and a jumper, flashed a cute grin at his admirers before getting on the plane and hilariously pressing his nose up against the window. And Charlotte, who sported another cute dress and sweater, stayed close to her mum before being presented with a bouquet of flowers from a young boy.

The outing is a picture-perfect ending to the family's time in Canada. After arriving together last Saturday, Kate and Will were constantly on the go, visiting charities and local organisations during their stay. George and Charlotte also had a blast when they played with balloons and bubbles during a party for military families on Thursday. Since we were treated to so many sweet moments during this tour, we already can't wait for the next one.

Celebrity Kids
Jessica Alba's Daughter Honour Is All Grown Up: "I Can't Believe She's So Tall"
by Chanel Vargas 2 weeks ago