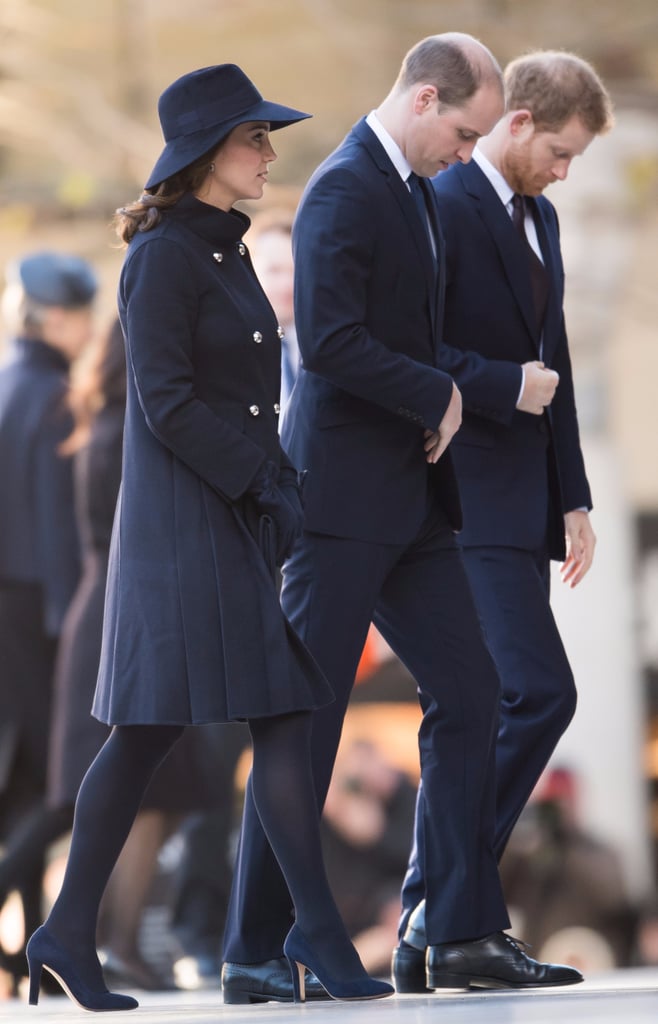 Members of the British royal family made their way to London's St Paul's Cathedral on Thursday morning for the Grenfell Tower National Memorial Service. Prince Charles and the Duchess of Cornwall, the Duke and Duchess of Cambridge, and Prince Harry all attended the service, which paid tribute to the 71 people who were killed in the tragic West London fire exactly six months ago.

The multifaith service was requested by the families of those lost in the fire and was also attended by the Prime Minister Theresa May, the leader of the opposition, Jeremy Corbyn, as well as survivors of the fire, and members of the local community who rallied together in the days following the event to provide support and shelter to those who lost their homes. For Prince William, this will not be the first time he's met these brave people; shortly after the fire, he visited the area with the Queen to meet those affected. He also paid tribute to the "inspiring heroes" during the Pride of Britain Awards in October.