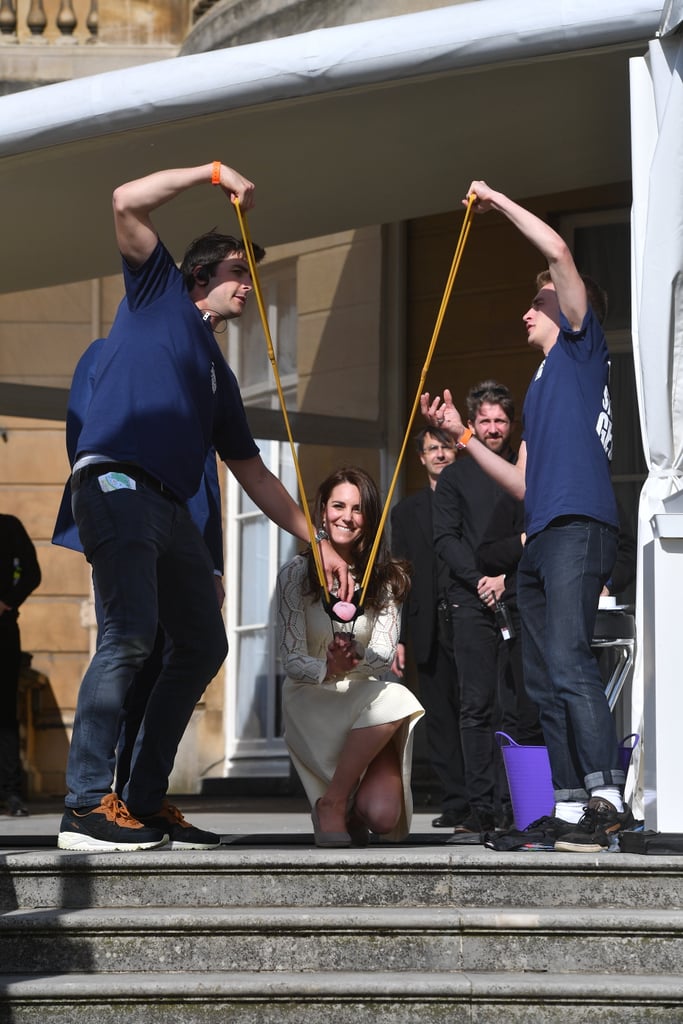 Prince William, Prince Harry, and the Duchess of Cambridge hosted a tea party at Buckingham Palace on Saturday in honour of the children of those who have died serving in the Armed Forces. Kate looked lovely in a yellow See by Chloé dress, while William and Harry coordinated in blue sport jackets and white shirts. Prior to the event, the trio met with families on the lawn outside of the palace in hopes of uniting children with other families who have shared similar experiences. Once the party started, Kate got in on the fun as she joined kids in cupcake decorating and launched a giant catapult from the palace's steps.

Related:
The Queen Reportedly Wants Harry and William to Do Less "Soul-Baring" to the Press

Harry also did the same, participating in various activities (including plate spinning) and giving an emotional speech to the crowd. "Today was organised to celebrate you guys. We're here to remind you that we as a family and as a nation will never, ever forget the sacrifices that all of you here have made," he said. "We wanted to give you an opportunity to know that you are part of, sadly, a very large group of fantastic people. The three of us, and all of our family, wanted to thank you so, so much for everything you've done. I can assure you that Buckingham Palace gardens have not seen this much fun, ever." The bash ended with a special parachute display by the Royal Air Force on the lawn outside of the palace.