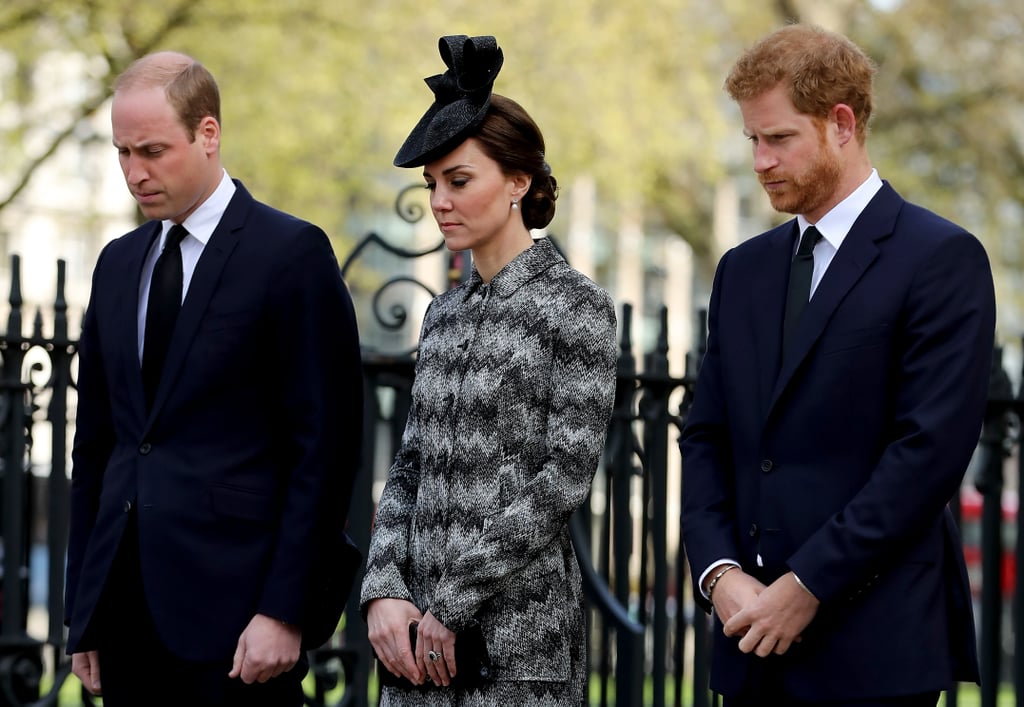 The Duke and Duchess of Cambridge and Prince Harry have been pretty busy the last few weeks, but the trio dedicated much of their Wednesday to paying their respects to the four people who lost their lives in the tragic terrorist attack in London in late March. Just as William recently did while touring a Remembrance Centre in the UK, he honoured the victims' memories by laying down a floral wreath. The invite-only multifaith service was held at Westminster Abbey, and the royals were joined by the victims' grieving family members, people injured in the attack, emergency service workers, and London Mayor Sadiq Khan. Home Secretary Amber Rudd gave the first reading, and then William took the podium to read a Bible passage.

In the wake of the March 22 attack, members of the royal family have been vocal about their support of the victims. Both William and his father, Prince Charles, visited hospitals to talk to patients and to thank the London Ambulance Service paramedics who got the injured medical attention in time to save their lives. During a Mother's Day appearance at London's Royal College of Obstetricians and Gynecologists, Kate also sent her "thoughts and prayers to all those sadly affected by yesterday's terrible attack in Westminster."