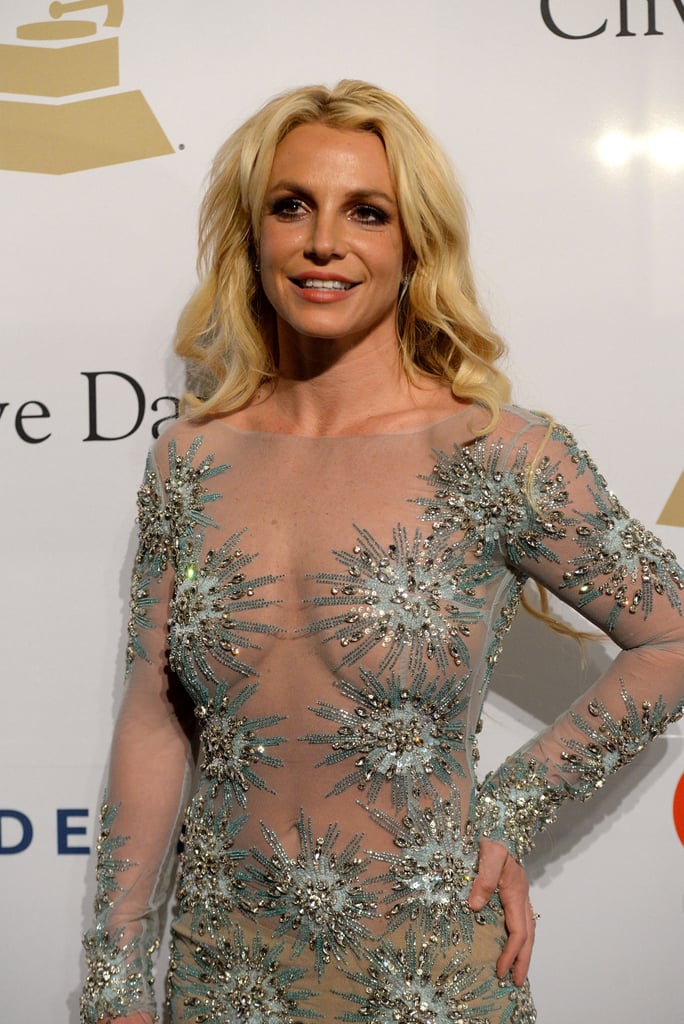 Britney Spears may have hit the red carpet solo at Clive Davis's annual pre-Grammys bash in LA on Saturday night, but inside, she wasn't alone. After posing for photos in a crystal-embellished dress, Britney shared a photo of herself with her new boyfriend, Sam Asghari, to Instagram, saying she had "an amazing night." The singer has been dating her hot new beau since November, after meeting on the set of her "Slumber Party" music video.

It's been a week of ups and downs for Britney, whose family suffered a tragic event when her niece, Maddie, was involved in an ATV accident and spent time in the hospital. Britney spoke out about the incident via social media by posting a sweet photo of the 8-year-old and asking for "all the wishes and prayers." Thankfully, Maddie regained consciousness and was able to go home, and both her mom, Jamie Lynn, and Britney thanked her fans for their support.