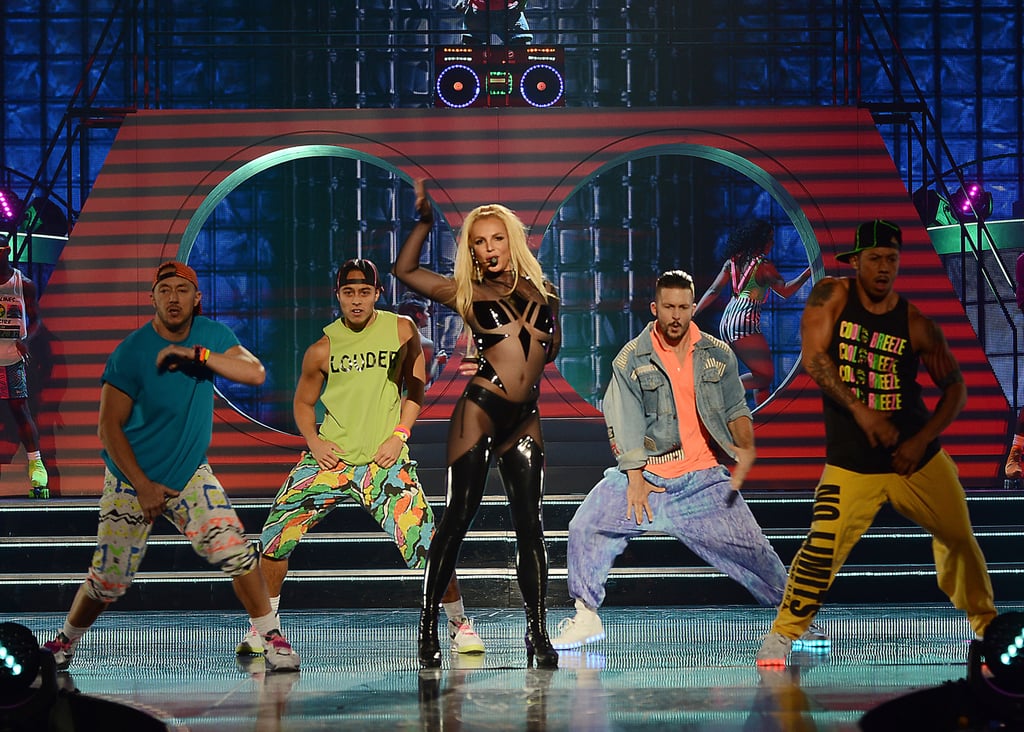 Britney Spears Deserves a Round of Applause For Her Killer Performance

Britney Spears and Iggy Azalea were so much more than "Pretty Girls" at the Billboard Music Awards in Las Vegas. The icon and rapper worked the stage with a vengeance on Sunday, hitting all the marks with the first live performance of their new single. While the fun video for their catchy Summer jam showcases the duo's shenanigans in a 1980s fantasy, their performance highlighted Britney's dance moves and her insane body — did you see that costume? Clap for Britney when you scroll through her new pictures, then watch Britney stun on the red carpet with her boyfriend, Charlie Ebersol.