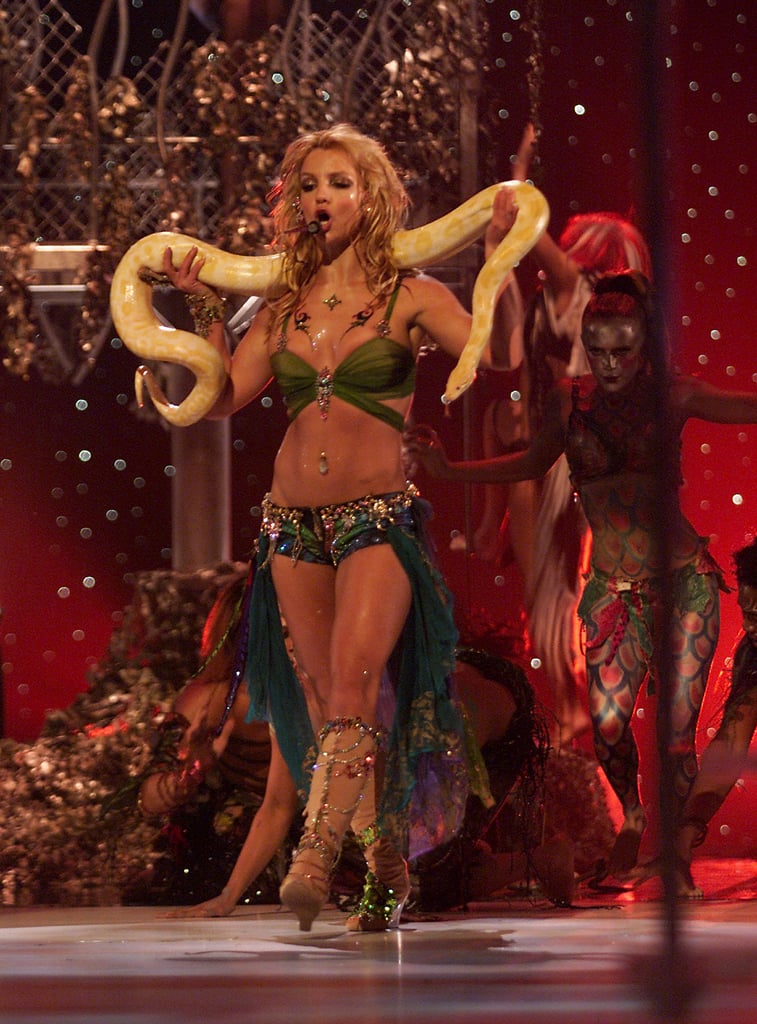 It's Halloween, B**ch! Here's How to Dress as Britney Spears This Year

When it comes to celebrity Halloween costumes, there's no better star to dress up as than music icon (and blissful newlywed!) Britney Spears. Not only has she supplied plenty of Halloween costume inspiration over the years, but she's still giving us ways to channel her pop-star essence even today.

While you could stay current by channeling one of Spears's more recent looks, like her Versace custom wedding gown, we have to admit that it'll be way more fun to get a little vintage with it and revisit something classic Spears. After all, it's never too late to get in on the "Baby One More Time" schoolgirl trend — let's be honest, it's pretty timeless — or re-create Spears's look from her "Circus" tour or other memorable VMA performances (snake not required). Pick one for yourself, or gather up your friends to join in the fun. A great group costume is to have each participant revisit a different Spears' ensemble from her discography, which spans decades.

Scroll through now for ways to channel and celebrate the music icon after her big year — her first since the end of her controversial conservatorship — then get to work, on those Britney Spears Halloween costumes, b**ch!