American Idol isn't the only reality singing competition that is getting a makeover: Simon Cowell's US version of The X Factor will get a new life thanks to judges Britney Spears and Demi Lovato. The competition will be tougher than ever with The Voice getting a Fall season, but at the show's panel at the TCA, Cowell seemed confident about the changes he's made to the show. He noted that Spears and Lovato both bring a lot of personality to the show; Spears has always been his dream judge, and Lovato has her fingers firmly on the pulse of pop music. 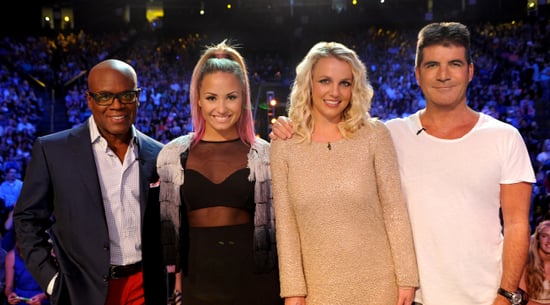 Of course, it wouldn't be a press conference without some banter (and zingers from Cowell), so check out the best lines of the panel:

More quotes, including Cowell's reaction to Idol's newest judge, when you read more.