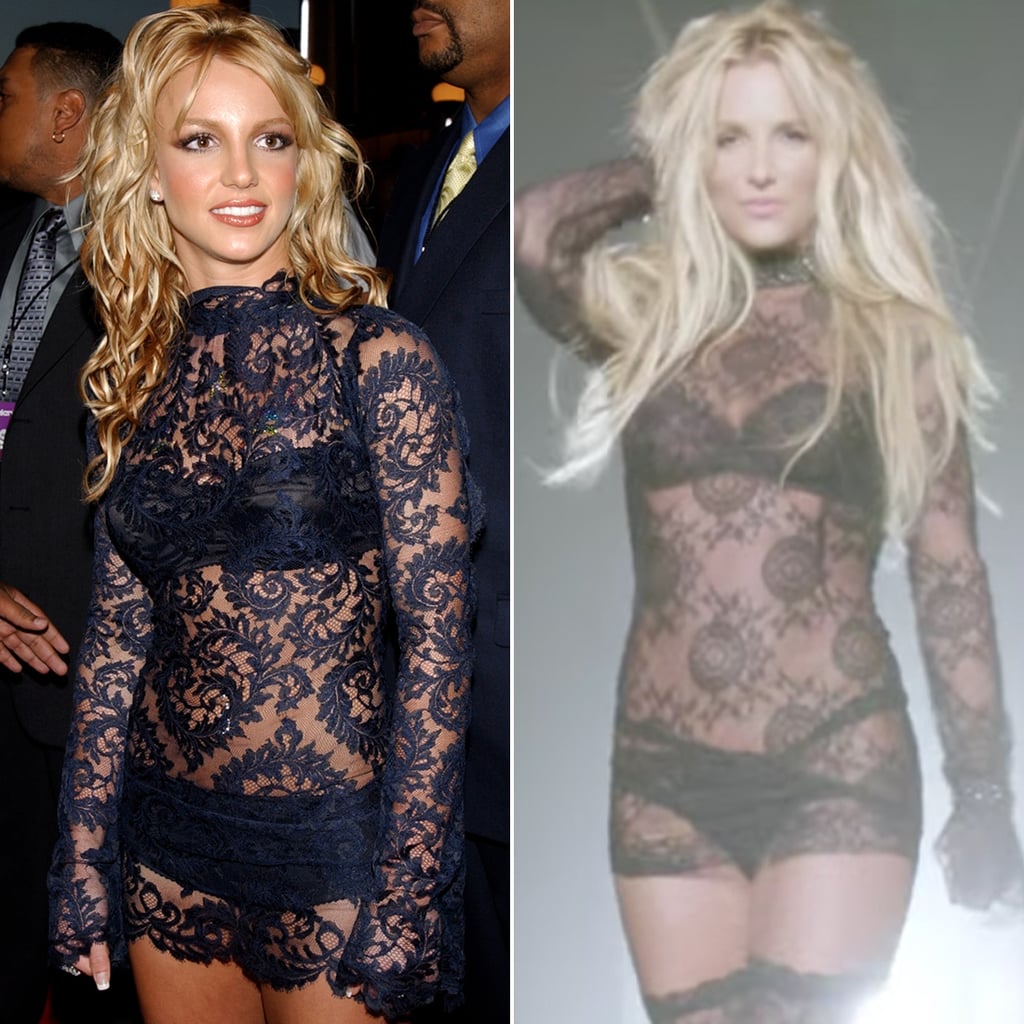 Britney Spears finally dropped the video for her new single, "Make Me," on Friday, and in addition to looking hotter than ever while bumping and grinding in tiny lingerie, Britney also gave fans a nod to one of her most memorable looks from the past. Throughout "Make Me," Britney puts her killer body on display in a bra and underwear topped with a black, long-sleeved lace dress — one that looks identical to the iconic Dolce & Gabbana getup she wore to the MTV VMAs in 2001. If you recall, that was the same year that she took the stage with a giant boa constrictor to perform "I'm a Slave 4 U" for a crowd of stunned celebrities and cemented her place in pop music history.

To further point out the startling similarities between Britney's 2001 VMAs look and her hot lace number in the "Make Me" video, we've put together a side by side look. Let's just all say it together: Britney Spears is back.