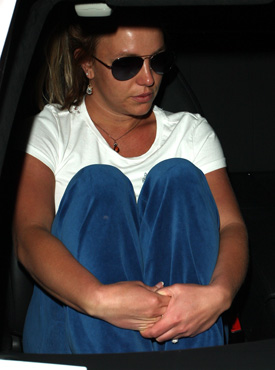 Britney Spears was involved in a minor car crash on Saturday evening, when she reportedly bumped the car in front in stop-start traffic on an LA motorway.

Britney's Mercedes reportedly hit a Nissan that had stopped in front of her, and the Nissan hit another vehicle, but a spokesman from the California Highway Patrol (CHP) said nobody was injured, there was no damage, and no charges would be brought.

CHP Officer Patrick Kimball said the incident occurred on the eastbound Ventura Freeway at about 8.20pm last night. The California Highway Patrol took a report and no one was cited.

Let's hope this is just a blip on Britney's road of continuing improvement.