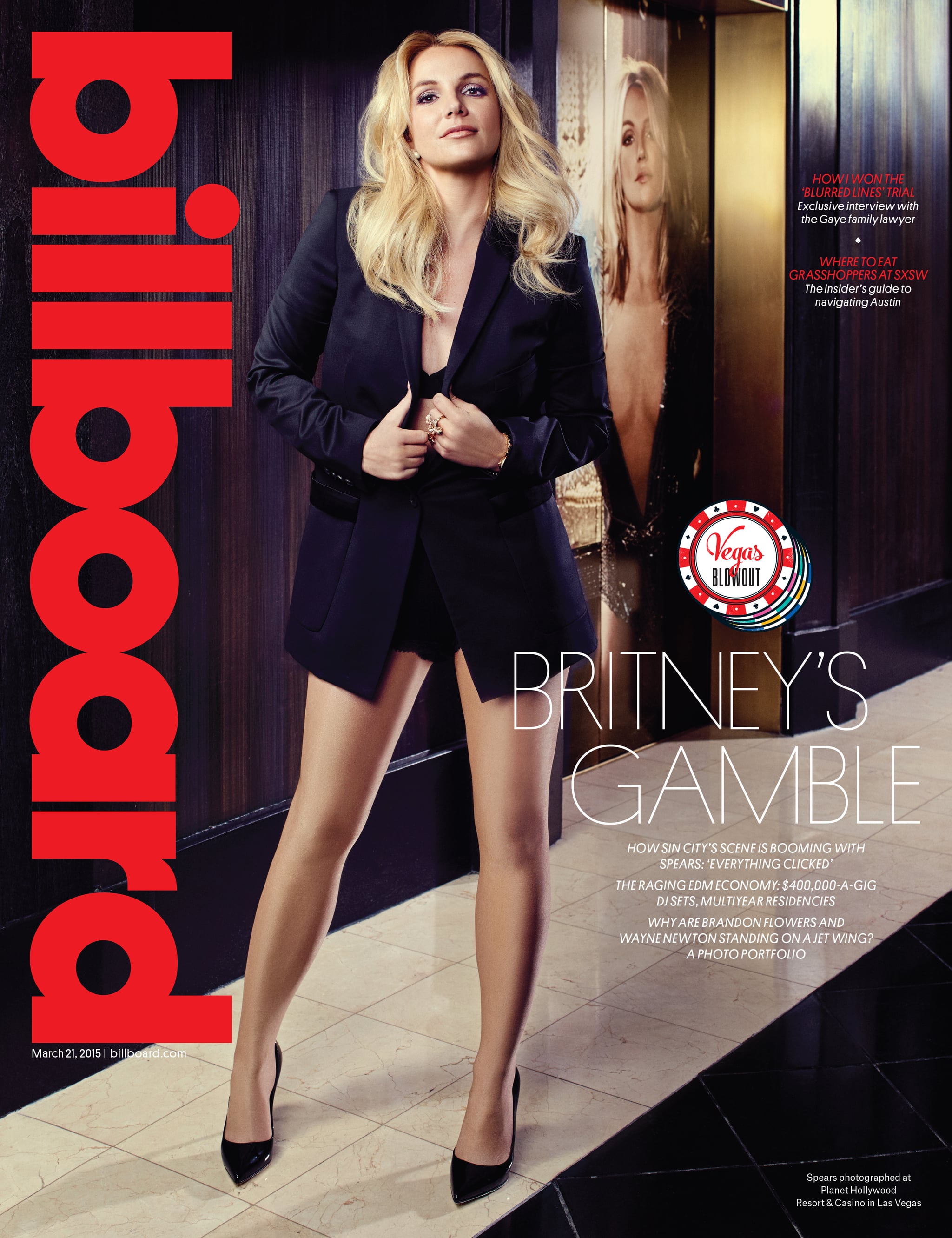 Britney Spears looks sexier than ever on the cover of this week's Billboard magazine, which hits the Internet in full on Friday. The singer sports a bra and high-waisted shorts under a fitted black jacket in front of her own photo at the Planet Hollywood Hotel & Casino in Las Vegas; Britney has been stationed there for over a year and has performed nearly 100 shows during her Piece of Me residency. In the exclusive Billboard interview, Britney revealed that she's "slowly but surely" working on a ninth studio album — her last offering, Britney Jean, was released in 2013 — adding, "There's a lot going on with my kids and schools and, you know, adding new sports and stuff like that. I'm gonna try to do my best to do an amazing album, but it's not my full priority right now." A ninth Britney album may prove even harder to complete, as her Las Vegas show is in talks to be extending through 2017.