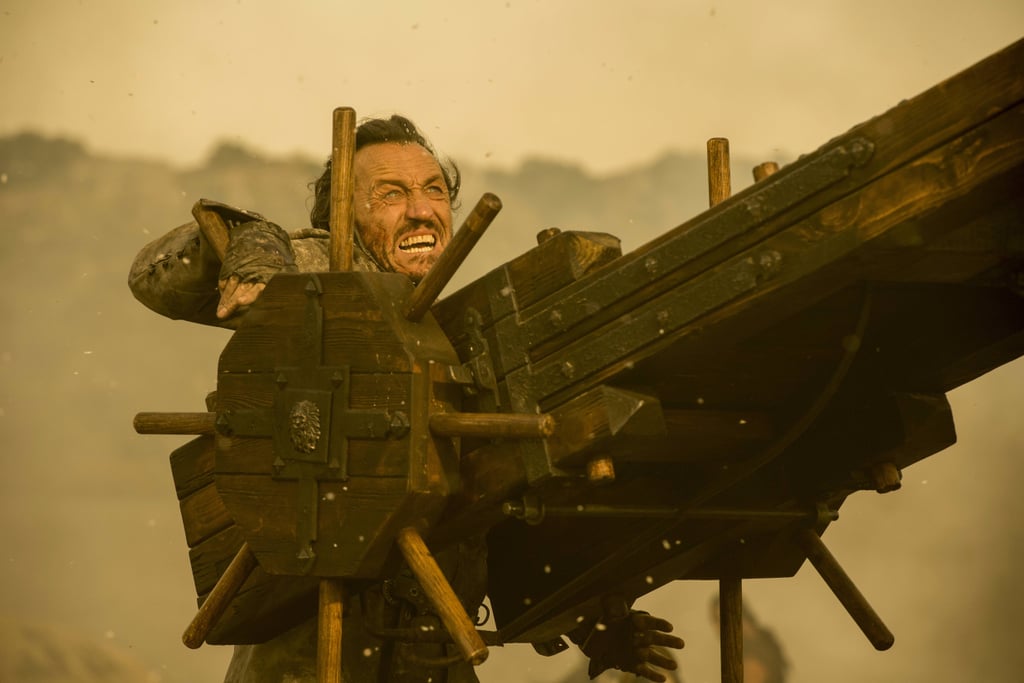 No matter where your personal loyalties lie within the Game of Thrones universe, Bronn (Jerome Flynn), who has been a friend and ally to both Lannister brothers over the course of seven seasons, has easily been one of the best sources of comic relief in Westeros. From his snappy one-liners to his crude sarcasm, Bronn has always kept it real, for which we are eternally grateful.

Following the cliff-hanger ending of season seven's fourth episode, "The Spoils of War," we may be a little unsure of Bronn's fate, but for the sake of comedy, we really hope we haven't heard Bronn's last zinger just yet. Find some of our favourite Bronn quotes of all time ahead, and pray with us to the old gods and the new that there will be more to come.

Related:
Jaime Lannister Still Has Too Much Story Left to Die on Game of Thrones
Previous Next Start Slideshow
Game Of ThronesHumorTV