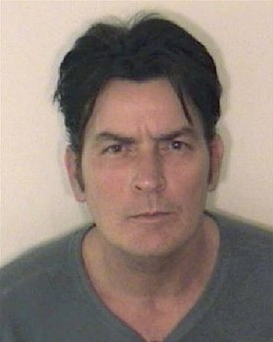 The 911 call made by Charlie Sheen's wife Brooke Mueller Sheen has been released, as well as more details of her statement, in which she says the argument started when she asked for a divorce. The couple reportedly began arguing on Christmas Eve and it continued into Christmas Day morning, and Charlie spent much of the day in jail.

Brooke claims that Charlie held a knife to her throat and threatened to kill her during their fight, saying "You better be in fear. If you tell anybody, I'll kill you.... I have ex-police I can hire who know how to get the job done and they won't leave any trace." She also stated that he straddled her on a bed and held her down.

Charlie denies these claims but says they slapped each other on the arms during their fight, he broke two pairs of eye glasses in front of her, and said he became upset because of his "prior experiences" with divorce.

Brooke's mother believes that the couple will stay together, saying, "It was Christmas Eve. Of course, they'll have a drink. They'll come out of this fine. They love each other very much."