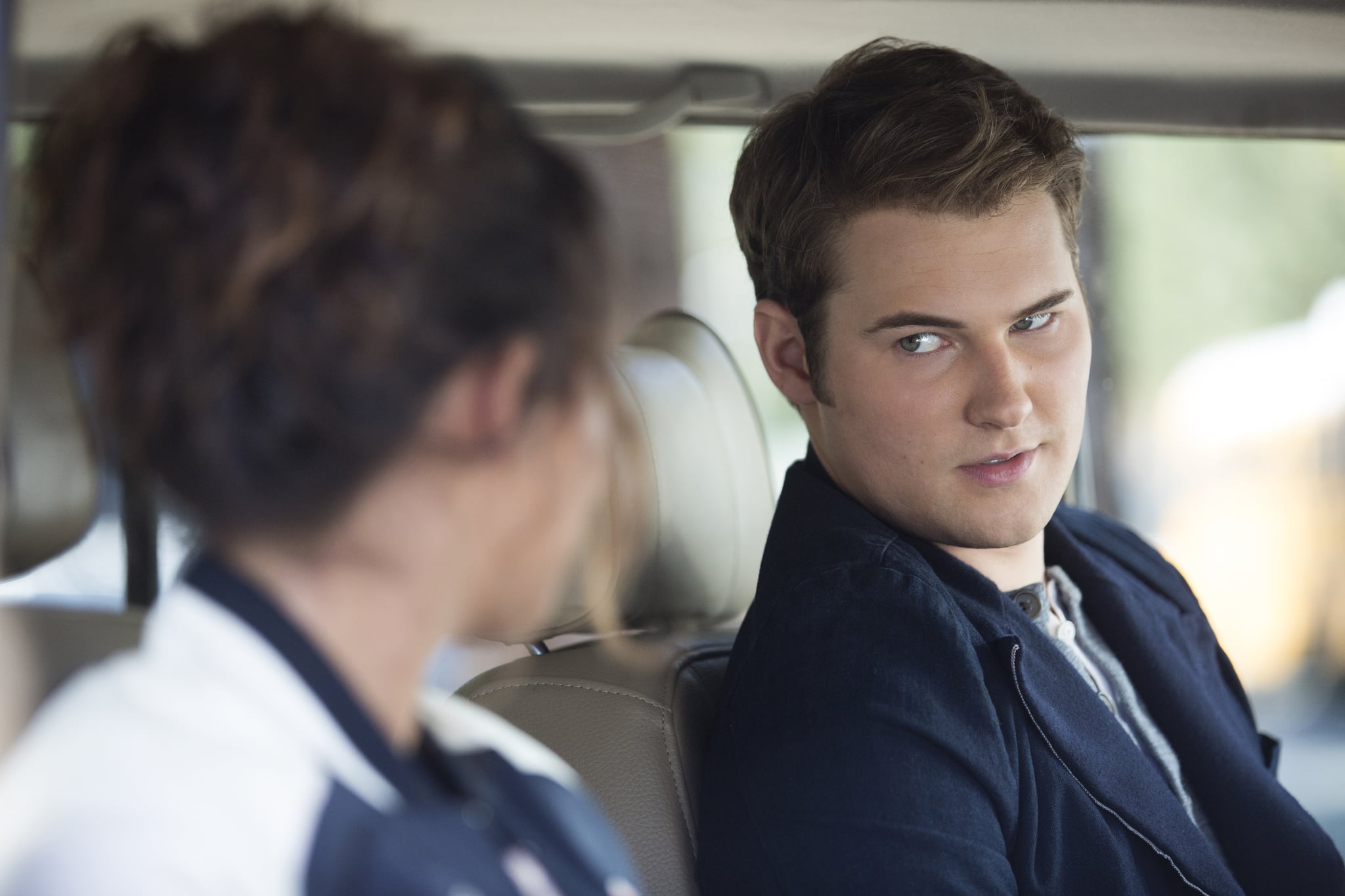 It's easy to categorise Bryce as a monster after you've seen all the damage he causes on 13 Reasons Why, but is he actually beyond help? He's a complex character — a rapist who fails to see that his heinous actions have had severe impacts on those around him. The question on my mind, after watching him declare that every girl in school wants to be raped, was: Is he mentally disturbed?

I spoke to Protect Her founder Alexis Jones, who consulted actor Justin Prentice during the production of 13 Reasons Why, and she contends that Bryce isn't a psychopath, but rather someone whose lack of scruples is at least partially a result of his environment.

"When working with Justin on this character, we talked about if he should just play [Bryce] as a sociopath. And I was like, 'Not only is a sociopath unrelatable, it's easy to write him off and say he's a monster. More importantly, I think that we underestimate how many Bryces exist on every campus . . One of the key scenes was when Bryce was basically like, "Oh, that's rape. And every girl in school wants me." . . . This dude doesn't even know that what he's doing is wrong. The ego and the narcissism of this guy! He thinks he's doing these chicks a favour. Like "Oh, lucky them that he's going to have sex with them." There's an immense disconnect. I think it was so powerful that Justin played the character this way, because I would like to believe that it's an incredible tool for the real rapists of the world to be able to see themselves and say, "Oh, my gosh. I had no idea that those are the consequences on the other side of my actions."

Jones goes on to cite "the consumption of porn and you look at violence against women in media" as "a numbing agent, anesthetising the seriousness of it all." While that's certainly a huge topic of discussion when it comes to rape culture, it's not touched in during the show. What we do see is Bryce being lauded for his athletic abilities, his friends looking to him for guidance and support, and the fact that up until Clay calls him out, no one confronts Bryce about his actions. Jones believes that Bryce is capable of change, and says Prentice's portrayal is important for young adults to see.

"13 Reasons Why is so genuinely revolutionary for the space right now. It's giving an incredibly candid depiction of, not only the reality, but more importantly how often there's a disconnect between having and doing certain actions and the consequences of those actions. So often, survivors live in a space where their perpetrators really have no concept of the damage that they've done. For young men to be able to relate to Bryce and to say, 'Oh, my gosh. I had no idea that. I wonder if I've ever made a girl feel that way?'"

Labelling Bryce as a sociopath or a psychopath is making him into something "other." It's almost comforting to consider him as a monster, someone that doesn't exist in our world. But as Jones points out, there are lots of Bryces in this world. Saying they're mentally disturbed can create the illusion that their behaviour can at least be partially excused. Bryce isn't a psychopath. Despite external factors, he should be held accountable for his actions, and perhaps that's what we can see a second season.