Minnie Driver announced she's expecting her first child on The Tonight Show With Jay Leno last night. She said that she loves being pregnant more than anything else, but she is suffering with sickness, 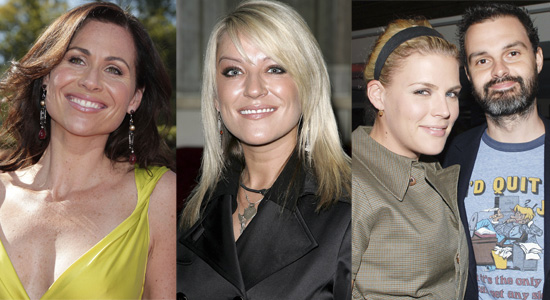 "I don't know why they call it morning sickness – I am sick morning, noon and night – but it's a fair trade-off"

And finally, actress Busy Philipps is also with child. You might know her from Dawson's Creek or ER or perhaps from being the best friend of Michelle Williams. She's an uber-cool lady and expecting her first child with her screenwriter hubby Marc Silverstein.

They join the looong list of stars currently pregnant including Angelina Jolie, Cate Blanchett and Jessica Alba. Congratulations to all!