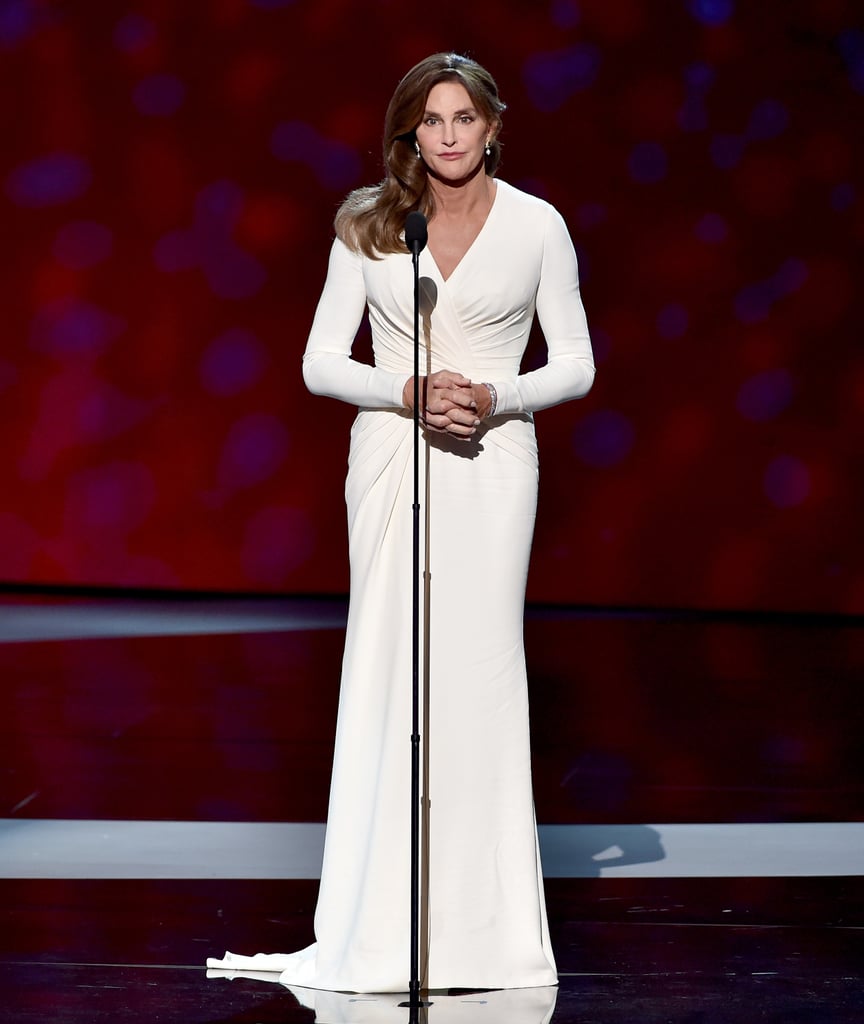 Caitlyn Jenner made her first official public appearance at the ESPY Awards in LA on Wednesday night. She was joined at the event by almost all of her children, including Kim, Kourtney, and Khloé Kardashian, Kendall and Kylie Jenner, and Caitlyn's older kids Brody, Burt, Brandon, and Cassandra. Her mother, Esther Avry, was also on hand to lend her support. While Caitlyn skipped the red carpet, she looked happier than ever in a white gown. She also hit the stage to accept the Arthur Ashe courage award and thanked her family with an incredibly moving speech.

Caitlyn's exciting appearance was first announced in June as part of her debut cover interview with Vanity Fair. Shortly after it was revealed, Caitlyn tweeted, "What the hell am I going to wear?" with a link to ESPN. Clearly, she found something beautiful for the big honour. Keep reading to see photos from Caitlyn's night at the ESPYs, and check out the latest clip from her upcoming series, I Am Cait.