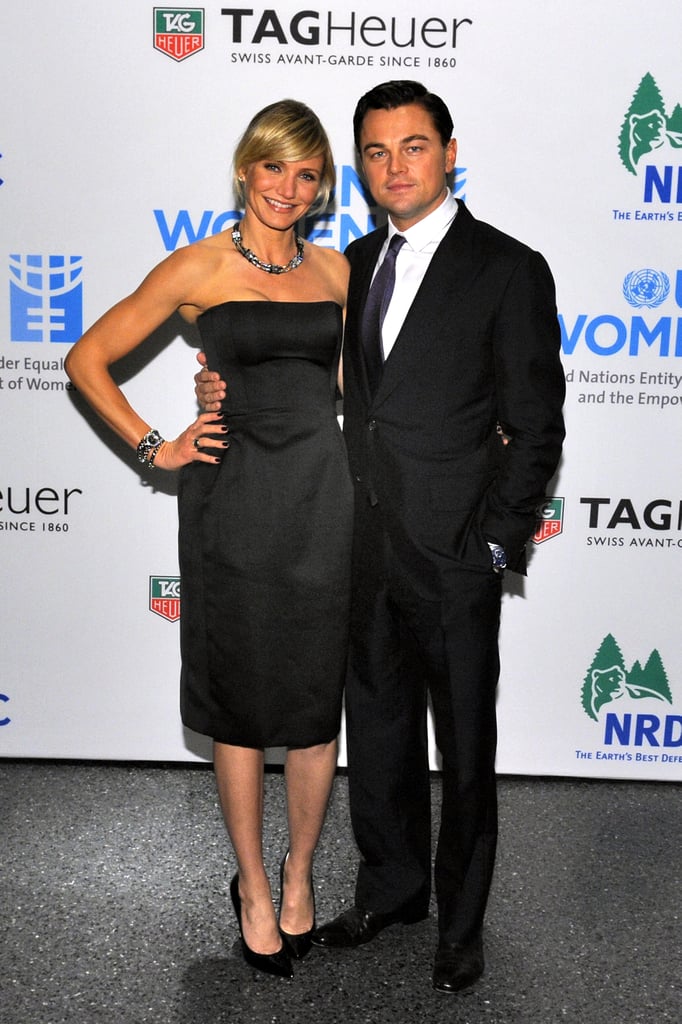 Cameron Diaz wore a little black Lanvin dress, and bangles from Slane, to attend a special Tag Heuer event in NYC last night. She was one of the biggest celebs at the "A Night Under the Stars" gala, which benefited UN Women and New York Cares's Sandy relief effort. The event also served as the official launch of Tag Heuer's limited-edition Link timepiece, and Cameron, one of the brand's spokespeople, was there to chat up the watches. Cameron's in the US after a stint in the UK, where she premiered her new movie Gambit last week and hung out with friends like Gwyneth Paltrow and Elle Macpherson.

Inside the American Museum of Natural History, Cameron caught up with her recently single pal Leonardo DiCaprio. Leo and Victoria's Secret model Erin Heatherton split recently after nearly a year together. Yesterday, though, was about charity for Leo and Cameron. In addition to the gala benefiting post-Sandy efforts, some proceeds of Link watch sales will benefit Leo's environmental charities. The good times will continue for the actor — today is Leo's 38th birthday.