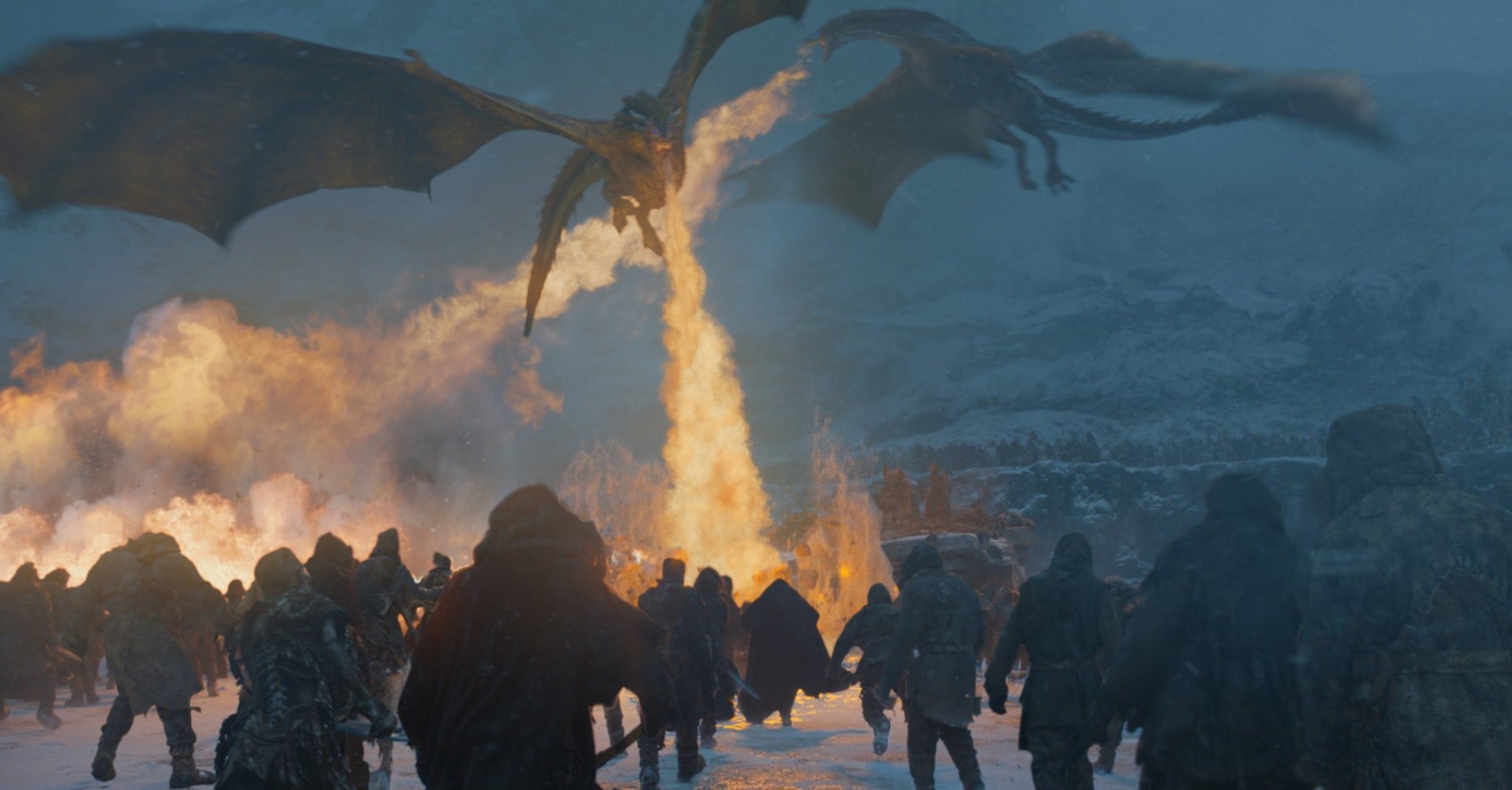 Many of us Game of Thrones fans probably never saw ourselves sobbing over the death of a mythical creature before tonight's episode, when saw the death of one of Daenerys's dragons at the hands of the Night King. Watching Viserion die was like taking a bullet to the chest, but what made it even worse is that the White Walkers basically have the last say in this battle when they turn our fallen friend into one of their own. Things aren't looking too good for Jon Snow and everyone else fighting the Great War, but the question at hand now is this: can a White Walker dragon breathe fire?

With the long-awaited meeting of Jon and Daenerys in season seven, there's been a lot of talk of fire and ice, as the two are clearly significant symbols in the show's overall storyline. It seems as though, given the climate that they live in, the White Walkers' main weapon of choice is ice, and the spear that the Night King hurls into the air that ultimately causes Viserion to fall to his death is made of ice. Daenerys's weapon is obviously fire, but as we witnessed on Sunday night, dragon fire can kill wights, though it doesn't kill White Walkers. So with Viserion having been turned, it's very possible that this undead dragon breathes something totally different than its live counterparts, as it decreases the likelihood of killing members of its own army.

There's also the fact that Game of Thrones likes to throw curveballs at us. Daenerys has always had the upper hand, as she was the only one on the show with three dragons who no human was crazy enough to face — until now. The playing field has officially been leveled, and it'd be extremely easy to assume that zombie Viserion will breathe fire, but with this show, you should pretty much expect the unexpected once we're finally able to see that dragon in the middle of a battle.