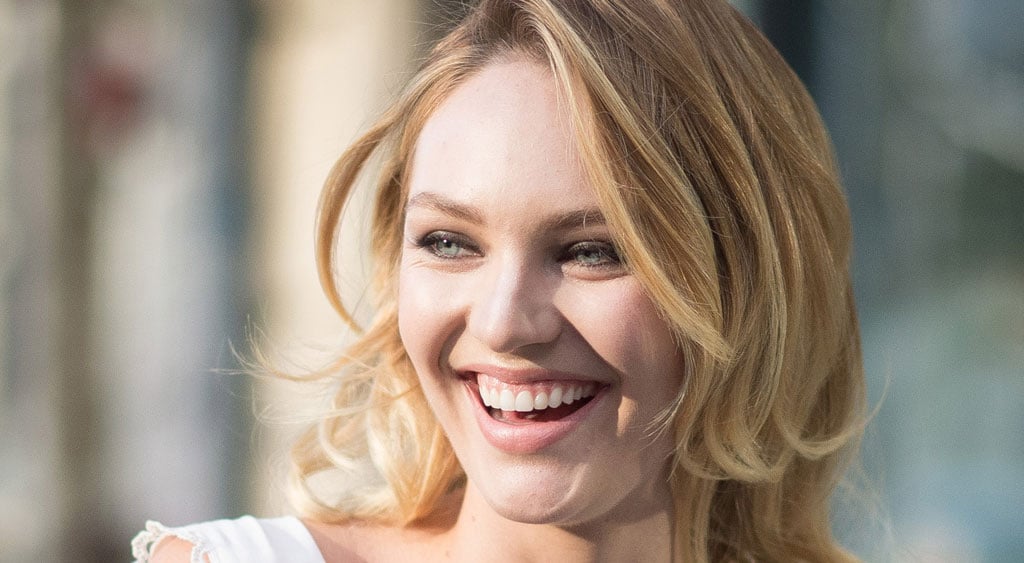 Candice Swanepoel attended a baby shower in honour of her bundle of joy on Monday, and in addition to the party being absolutely adorable, it looks like the Victoria's Secret model might have revealed her son's name. Candice, who announced that she was expecting a baby boy with fiancé Hermann Nicoli in May, shared a photo on Instagram that showed off the shower's safari theme with an animal cake and cupcakes, as did her event planner, Mariana Paraiso. One of Mariana's photos features Candice cradling her bump in a pretty white dress, with a sign behind her that reads "Anacã." Could that be the name of her baby? Vogue Brazil seems to think so.

"In the final stretch of pregnancy, Candice Swanepoel chose the theme Safari, in honour of her country, South Africa, for the baby shower of their first child," the magazine captioned an Instagram collage of the shower in Portuguese. "Among ornaments and themed sweets, behold, the décor of the event revealed the name chosen by the couple for the firstborn: Anacã – which is also a bird of the Amazon region." Hermann and Candice have yet to confirm the news, so we can't say that's the baby's name for sure. The only thing we can confirm is that the South African-born model looks more and more gorgeous with each beautiful baby bump photo she shares.