Robert Pattinson was looking scrumptious as he smiled in his suit, preparing to attend the premiere for Inglourious Basterds in Cannes yesterday. He made his way from his hotel to the water with his hardworking security among his entourage, getting on a boat to ferry him to the event. It's not just a fourth Twilight movie on the horizon for Robert, as he's also been cast in Bel Ami, an adaptation of a novel from 1885 which "chronicles the rise of an ambitious young man from French soldier to powerful Parisian newspaper journalist". Sounds like an exciting role for Robert to get his teeth into! 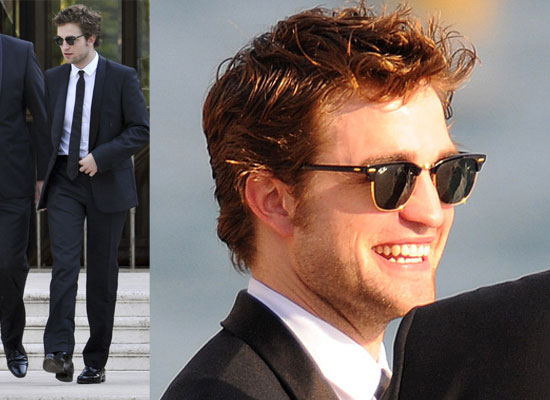