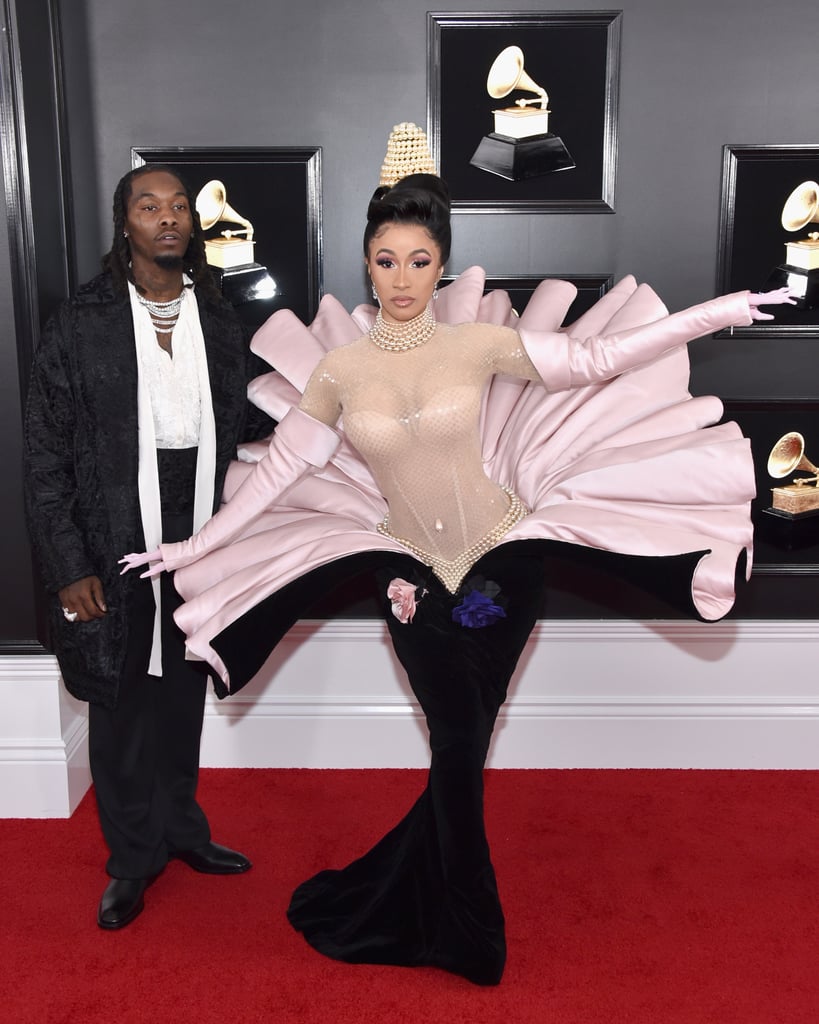 Cardi B made quite the arrival to the Grammys on Sunday. Not only did she step on the scene in a shell-like voluminous gown, but she also let everyone know that she and husband Offset really are working things out after initially deciding to divorce back in December. The two posed alongside each other on the red carpet and packed on the PDA as they gave cameras a little tongue action.

But Cardi has even more in store for the show. The 26-year-old rapper received a whopping five nominations: album of the year and best rap album for Invasion of Privacy, record of the year for "I Like It," best pop duo/pop performance for "Girls Like You," and best rap performance for "Be Careful." The last year has been quite exciting for her. She recently graced the cover of Harper's Bazaar and opened up about her sexuality, relationship, and personal life.

Cardi is clearly at the top of her game, and we can't wait to see more from her. See photos of her wonderfully extra Grammys arrival ahead!

Related:
Lady Gaga, Drake, Cardi B, and Everyone Else Who Won a Grammy This Year
Previous Next Start Slideshow
Award SeasonOffsetCardi BCelebrity CouplesGrammy AwardsCelebrity PDARed Carpet