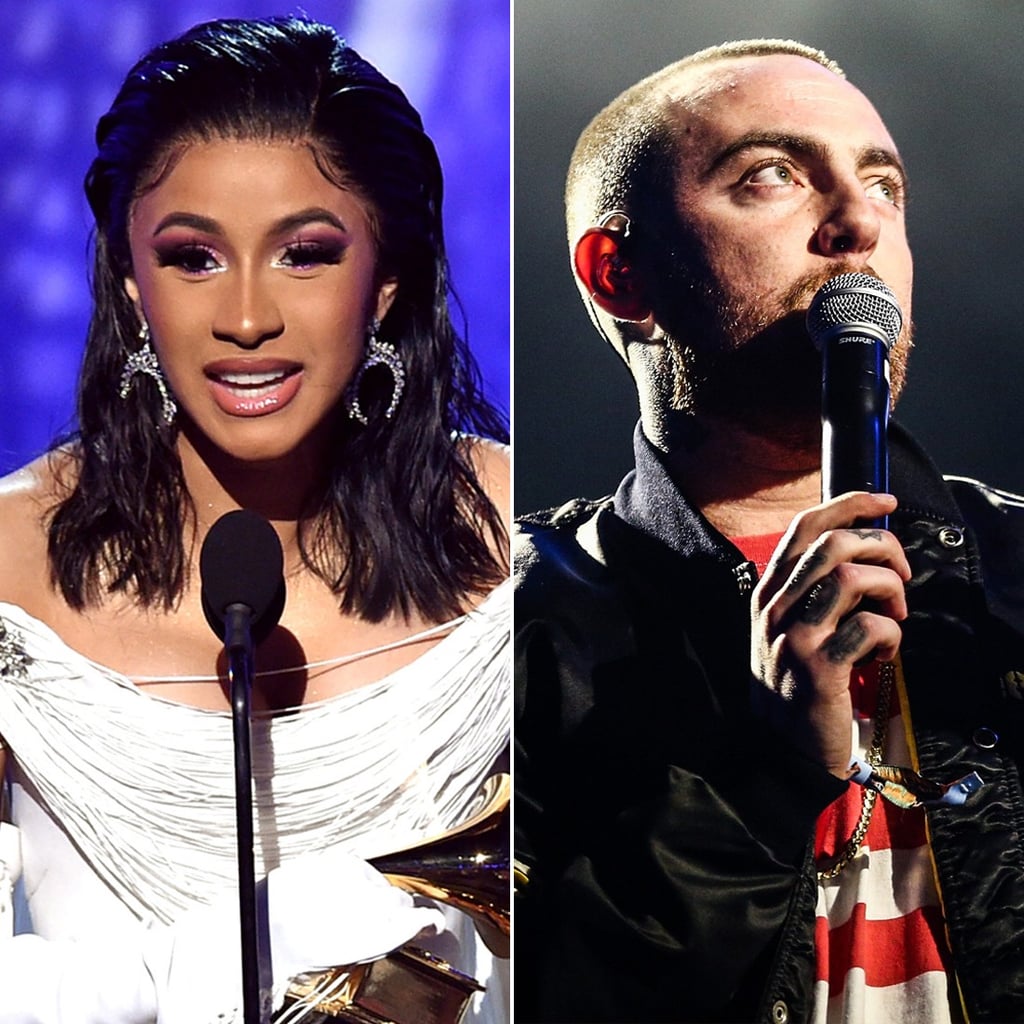 Cardi B had one hell of a night at the Grammys, to say the least. In addition to turning heads in a Disney-esque shell-like gown, the 26-year-old rapper took home her first Grammy for best rap album for Invasion of Privacy and made history as the first female solo artist to ever win in that category (Lauryn Hill was the last woman to win with The Fugees in 1996).

The late Mac Miller was also among the nominees for his fifth and final album, Swimming, and Cardi made sure to thank him after the Grammys invited his parents to the show. "I read an article that Mac Miller's family said that if he don't win, they want me to win," Cardi said in an Instagram video. "So I'm sharing this Grammy with you."

Even though Mac did not win, he was honoured during the in memoriam segment. Still, this did not go over well with Mac's ex Ariana Grande. Following Cardi's win, Ariana tweeted and quickly deleted "trash," "f*ck," and "literal bullsh*t." Given that she's friends with Nicki Minaj, fans immediately assumed she was throwing shade at Cardi (you know, because she and Nicki have beef), but Ariana later clarified that it had "nothing to do with her." "She's not at all and that's not what I meant and u know that," she tweeted.

In another now-deleted tweet, Ariana explained that she was "very upset" that Mac lost after the Grammys invited his parents to the show. "This. This is what I meant. Karen was gonna have a green suit made," Ariana wrote in response to a tweet. All of Ariana's tweets relating to the incident have since been deleted.

Mac passed away last September from an accidental drug overdose. He was 26.

Celebrity Style
Madison Bailey Trades in Her Casual, Surfer-Girl Style For This Electrifying Versace Skirt
by Sarah Wasilak 2 days ago