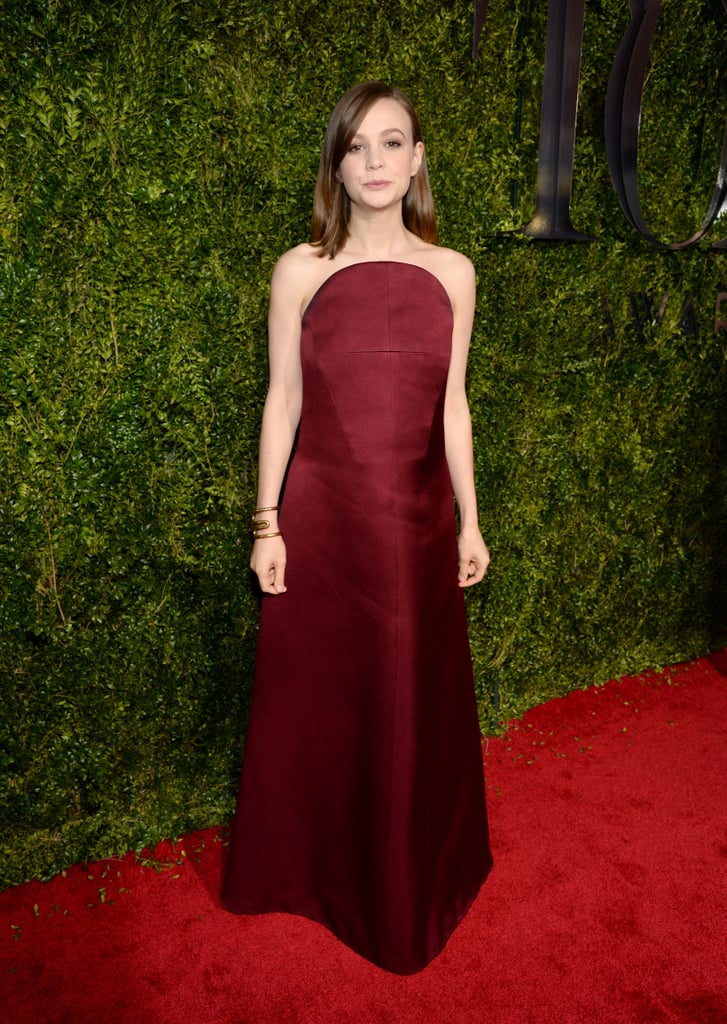 Carey Mulligan Is Pregnant — See Her Bump on the Red Carpet!

Carey Mulligan is reportedly expecting her first child with husband Marcus Mumford. According to Us Weekly, a source said Carey will head home to London for the remainder of her pregnancy once her Broadway show Skylight ends in June. The role earned Carey a nomination for best performance by an actress in a leading role at Sunday's Tony Awards in NYC. Carey hit the red carpet prior to the big show, lighting up with a big smile in a strapless burgundy gown. In April, Carey positively glowed in a Dior dress while touching her stomach at the London premiere of her new film, Far From the Madding Crowd. Keep reading to see Carey's latest appearance!