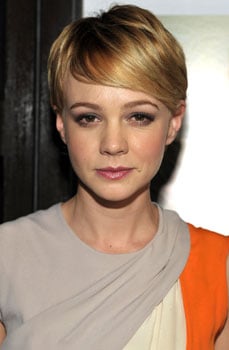 Carey Mulligan continues to rack up coveted roles with some of Hollywood's best directors. Once she wraps The Great Gatsby, Mulligan will star in the Coen Brothers' Inside Llewyn Davis. The '60s-set film follows a musician who tries to make it in NYC, though there's no word yet who Mulligan will play (or whether we'll get to hear her pretty voice).

That's not the only deal Mulligan has in the pipeline either: she's also in talks to work with Spike Jonze on his next project, which will star Joaquin Phoenix. The actress certainly seems to be choosing her roles carefully, and it seems like she's making some spot-on decisions. Are you excited for more Mulligan?