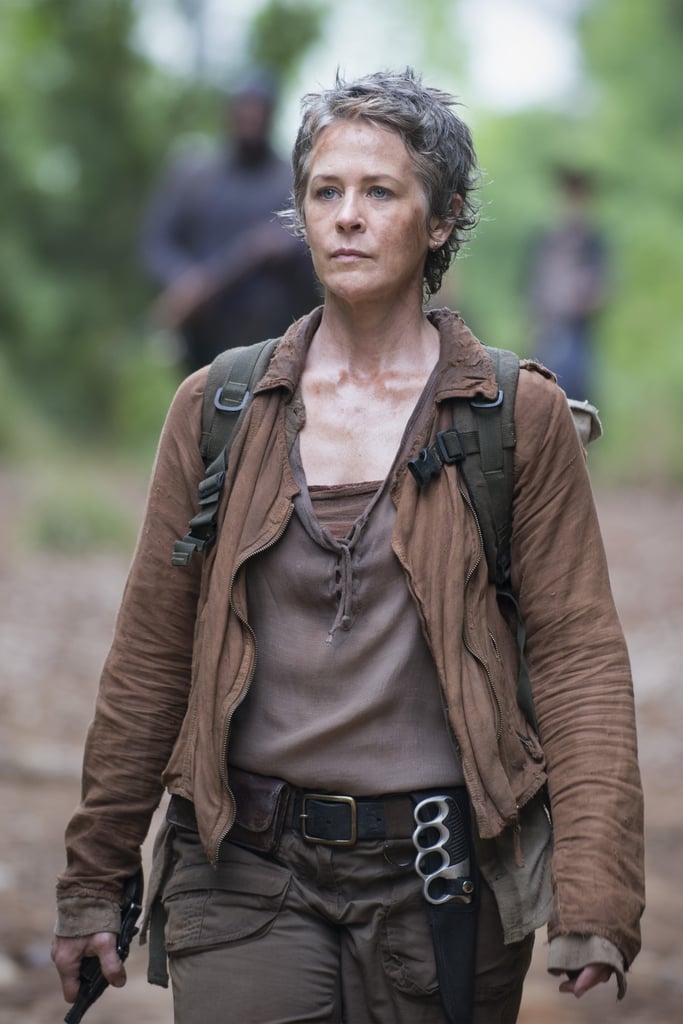 The Walking Dead might be known for its hefty supply of blood, guts, and rotting corpses, but the core of the zombie drama has always been the strength of its complex characters. Beneath the thin layer of dirt and grime, hardly anyone is what they seem, especially when it comes to Carol, played by Melissa McBride. She's had arguably one of the best character arcs throughout the entirety of the show, growing from a meek housewife unable to step out from the domineering shadow of her abusive husband to a ruthless pragmatist who isn't afraid to step up to the plate when need be. Time and time again, Carol has been the only one willing to get her hands dirty when no one else will, leaving a long list of victims in her wake.

Despite Carol's deadly reputation, it seems like the writers of TWD might be about to cross her in a big way. Keep reading to see why we're worried about the fate of one of our favourite characters, and see who else has the potential to bite the dust in the gruesome sixth season finale. Spoilers ahead!