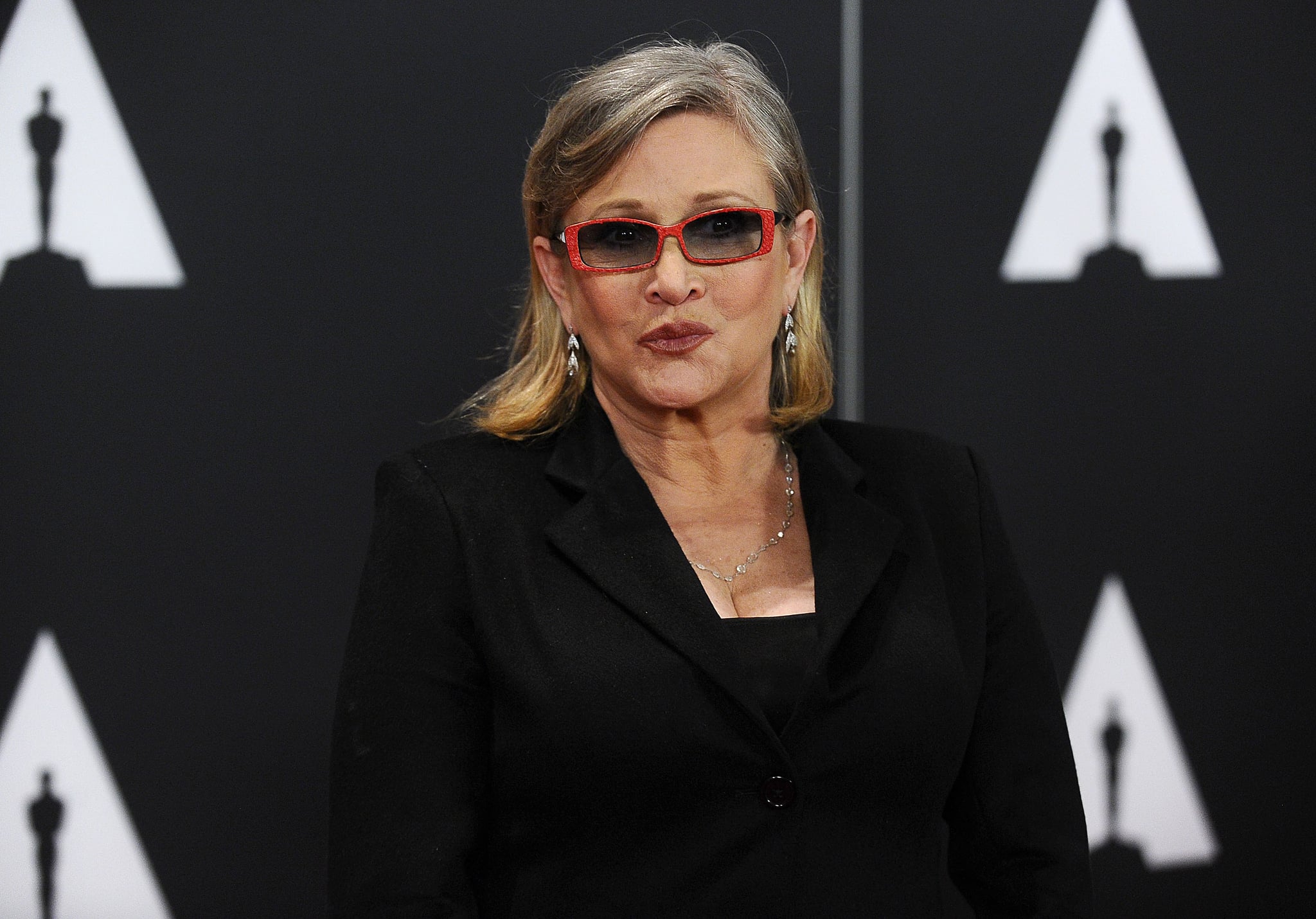 Carrie Fisher passed away this week at the age of 60, but her legacy will live on forever. You might think we're referring to her iconic role as Princess Leia, but we're actually talking about her razor-sharp wit, wicked sense of humour, and brazen attitude. Many know Carrie Fisher for her work as a producer, her openness about mental illness, and her affluent work as a writer. Interestingly enough, one of the most poignant examples of Carrie's satirical nature comes in the form of an excerpt from her 2008 memoir Wishful Drinking, in which she shares a story from the set of Star Wars and muses about a "fantastic" obituary.

According to the passage in the book, Carrie originally wore that memorable white Princess Leia dress with a bra underneath, but director George Lucas didn't approve. Carrie wrote, "George comes up to me the first day of filming and he takes one look at the dress and says, 'You can't wear a bra under that dress.' So, I say, 'Okay, I'll bite. Why?' And he says, 'Because . . . there's no underwear in space.'" Carrie continued, saying that George Lucas later explained why underwear in space simply wasn't logical. "What happens is you go to space and you become weightless. So far so good, right? But then your body expands??? But your bra doesn't — so you get strangled by your own bra. Now I think that this would make for a fantastic obit — so I tell my younger friends that no matter how I go, I want it reported that I drowned in moonlight, strangled by my own bra." Look no further for proof that we've suffered a great loss.