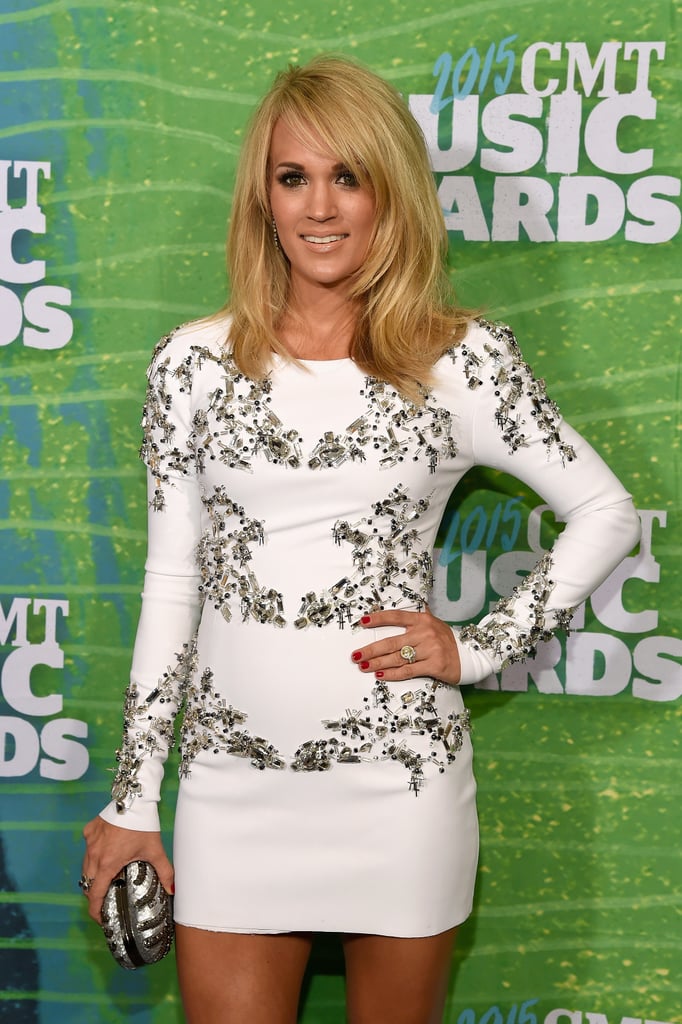 Carrie Underwood made her first public postbaby appearance at the CMT Awards in Nashville on Wednesday. The singer hit the red carpet in a long-sleeved, jewel-encrusted white minidress and was her usual stunning self while posing for photos — she carried a Deepa Gurnani clutch and even debuted a new fringe! It's the first time Carrie has been at a high-profile event since giving birth to her son, Isaiah, back in February, though she did share photos from a recent family holiday on Instagram before celebrating her very first Mother's Day.

Carrie took home four of the five CMT Awards that she was nominated for, including video of the year for her hit "Something in the Water." She also graced the stage to perform during the ceremony and enjoyed the rest of the show from her seat next to her husband, Mike Fisher. She shared a few photos of her rehearsal via social media earlier this week, including one of Mike and their baby boy taking a snooze backstage while she practiced. Keep reading to see Carrie Underwood at the CMT Awards!