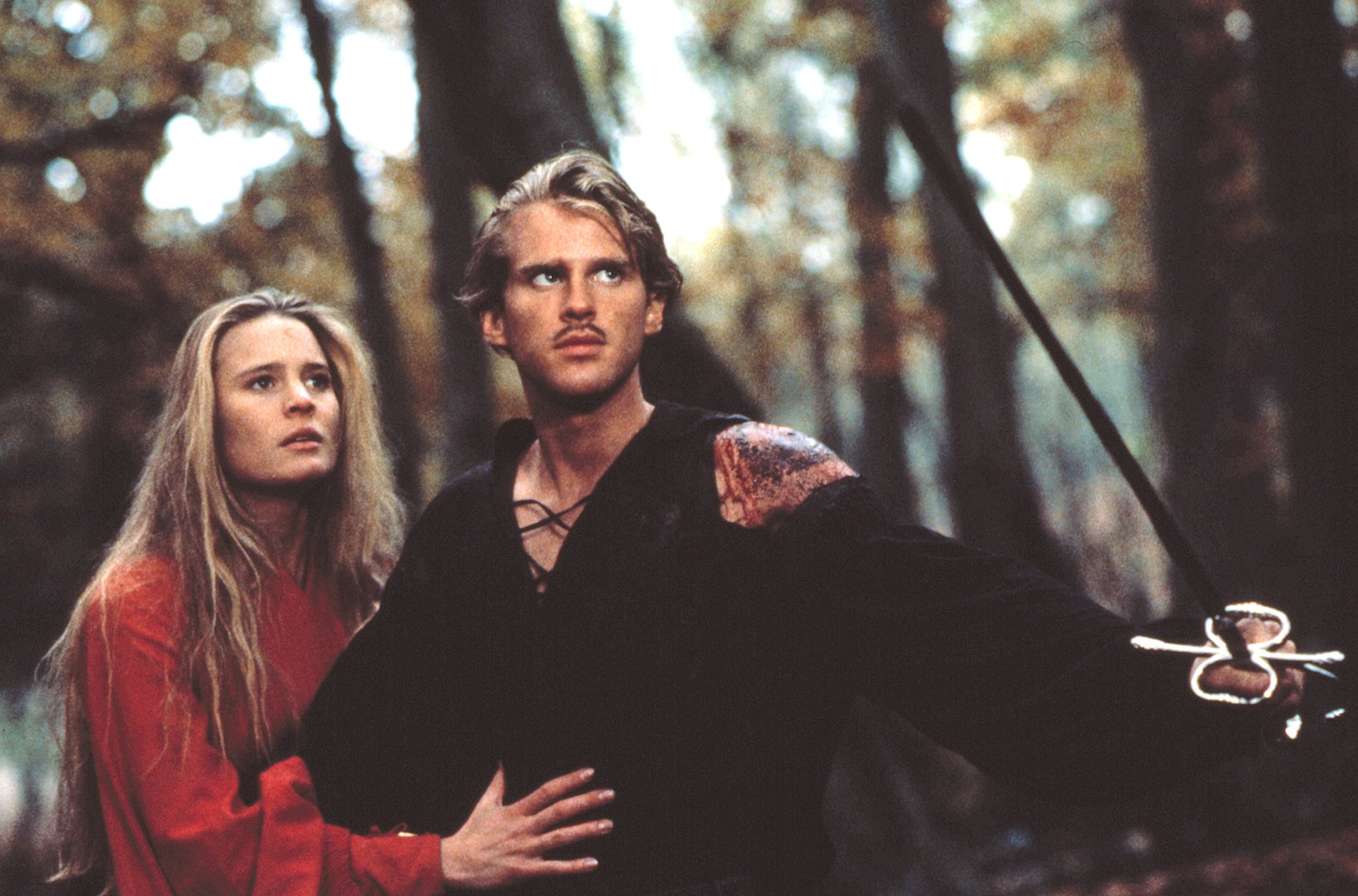 Although it might be hard to believe now, when The Princess Bride first hit cinemas 30 years ago, audiences just didn't respond. Rob Reiner's 1987 movie adaptation of William Goldman's beloved novel had everything: fantasy, adventure, a gorgeous love story, pirates, princesses, and one of the most quotable vendettas of all time. And still, it just didn't click.

"I think we were all disappointed that it didn't quite get the traction we wanted, since we put a lot of hard work into it and thought it was a lovely movie," Cary Elwes, who starred as the dreamy Westley, revealed on a recent phone call with me in light of the film's anniversary this year. "Luckily for us, the invention of the VCR breathed new life into our movie. The Princess Bride had been dead for 10 years, so we were so grateful for that invention, because that's when the movie found its audience. Kind of like when Wizard of Oz found its audience on TV."

Once the film finally got its legs, new fans found themselves caught up in the sweeping romance between Westley and Princess Buttercup (Robin Wright), who find their way back to each other over countless obstacles and with the help of an eclectic cast of characters. Of all the movie's fans — of which there are many, of all ages, from all over the world — few are as passionate as Elwes himself.

In the years after The Princess Bride's success, the English actor has eagerly embraced the love people have for Westley and the movie in general, no matter how many times he's greeted by strangers with "as you wish" (which is often, as you might expect). He even went on to write a book about his experience on the film, which ended up being not merely another acting job but a deeply personal homage to his childhood.

"I was shooting a film in Berlin at the time that Rob was starting to put the production together," Elwes explained to me. "He flew out to Berlin to meet me, so I read for him, and I told him in the room that I'd read the book. William Goldman loomed very large in my home. Both my father and my stepfather were big fans of his, so he was quite the household name. It made me that much more excited to get the role."

"It's a film that has both a love for fairy tales and pokes fun at them at the same time."

So, what is The Princess Bride's secret to staying in the pop culture conversation three decades after its release? What is it about the tale that resonates across generations? Elwes attributes the movie's lasting appeal to the fact that it's impossible to "be pigeonholed, since it's a film that has both a love for fairy tales and pokes fun at them at the same time. That was what made it so unique."

Despite the film's age and the lack of high-tech CGI effects employed in some of the more fantastical scenes, it's somehow remained timeless. The themes of love and friendship remain rock solid even when the R.O.U.S. (or Rodents of Unusual Size, to the uninitiated) become more than a little dated. When I asked Elwes about that scene in the Fire Swamp in particular, noting how it simultaneously thrilled and terrified me as a kid, he chuckled and revealed a fun fact about how those furry monsters came to be.

"There were actually people inside of those suits, and they were terrific," he said. "Essentially, they had to be sewn into the suits, which were made of a thick layer of foam and rubber under this fake rat hair. It was boiling inside! So I made sure, in between takes, that they were unsewn, and could get out and get fluids. It was incredibly hot on set with all the lights and the fire."

While Elwes's days fighting off XXL rats are behind him (hopefully), it's obvious that there's no one more capable of helping preserve the enduring legacy of The Princess Bride. Something tells me that Westley, who's somewhere out there keeping alive the legend of the Dread Pirate Roberts, would have to agree.