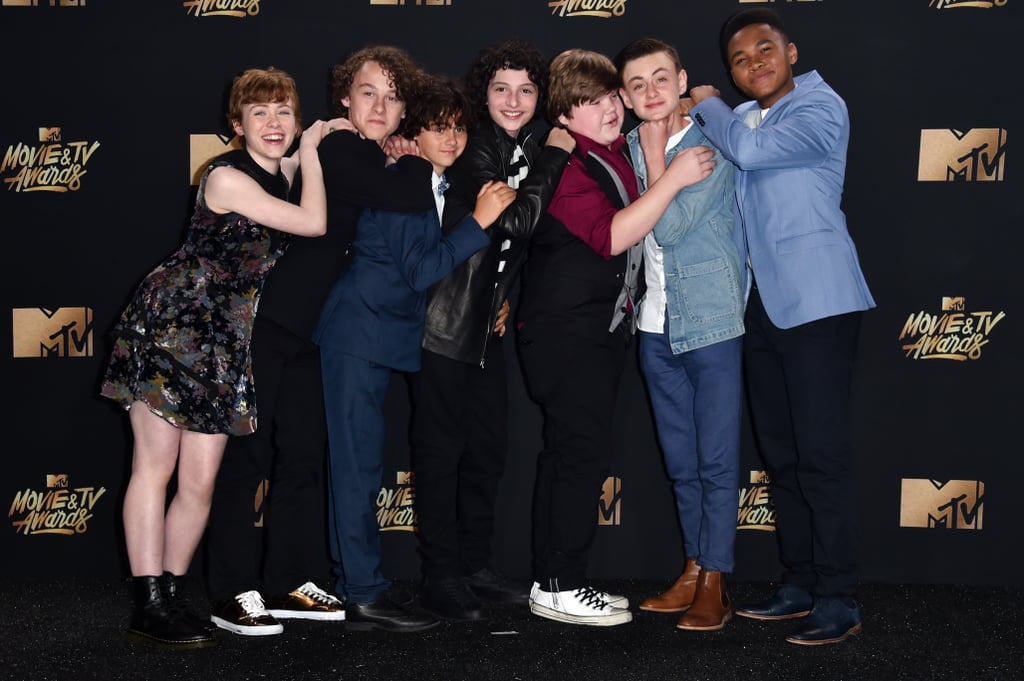 The cast of the upcoming It reboot is just as adorable as the trailer is scary (translation: very). While attending the MTV Movie and TV Awards on Sunday, Chosen Jacobs, Sophia Lillis, Wyatt Oleff, Finn Wolfhard, Jack Dylan Grazer, Jeremy Ray Taylor, and Jaeden Lieberher blessed us with a number of fun photo ops on the red carpet. Thankfully the Losers Club left Pennywise (aka actor Bill Skarsgard, who's actually pretty cute IRL) at home to spare us some nightmares, but we can't say the same about their creepy introduction of a new clip from the horror flick later on the show.