The countdown to Catching Fire has officially begun, and with the movie out on Nov. 22, there's less than a month to go! To get even more pumped, you've got to watch the new trailer, which ups the intensity even more. The new footage shows Katniss (Jennifer Lawrence) navigating the tropical arena, which is scary in the book and so rad-looking here. You can see the clock-shaped landmass where the tributes start off in the 75th Hunger Games, plus the horrors that are released on the Quarter Quell competitors, specifically the jabberjays (which mimic the screams of your loved ones) and the carnivorous monkeys. 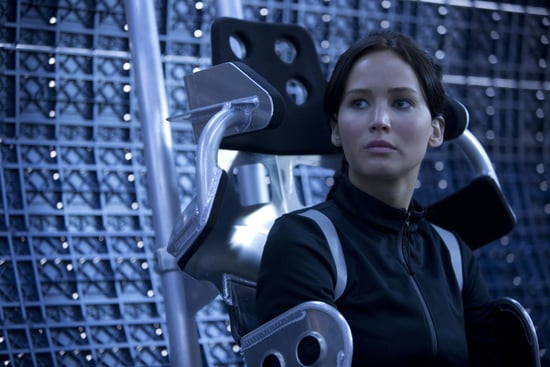 I have been dying to see this sequel and have been so curious to find out how director Francis Lawrence translated the complicated-sounding setting of the 75th Hunger Games, and by the looks of this trailer, he's going to deliver. Watch it to get a good look at the arena, plus other highlights like Katniss's mockingjay costume and some other incredible outfits designed by Cinna. Check it out after the jump.