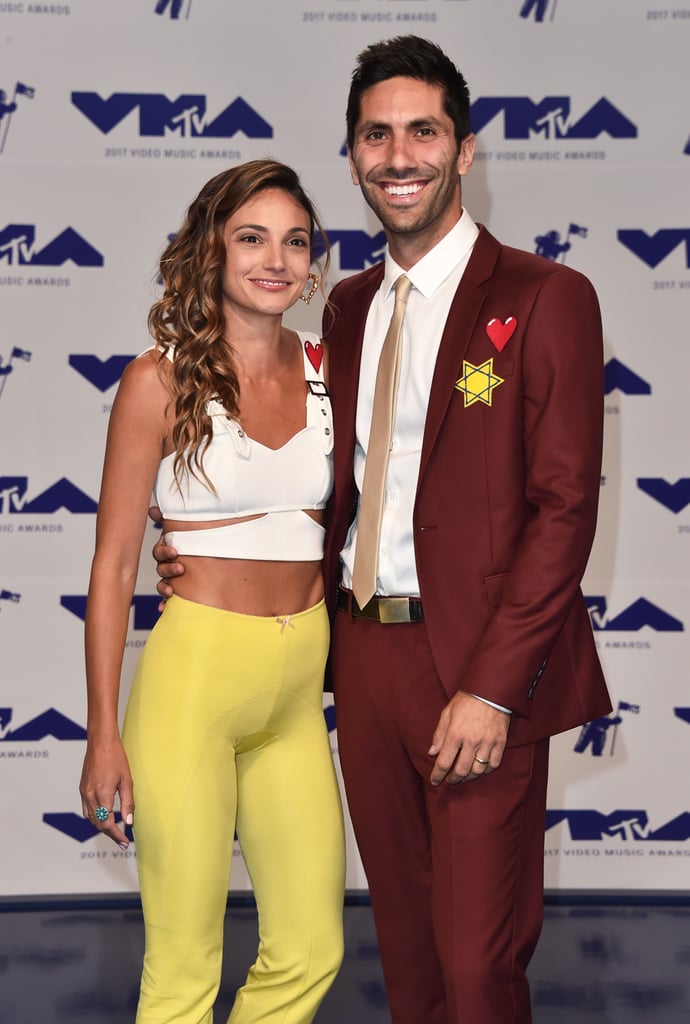 Nev Schulman at the VMAs

Last year, Nev Schulman and his wife, Laura Perlongo, turned the MTV Video Music Awards into a maternity photo shoot before the arrival of their baby, and this year, the couple decided to make another strong impression on the red carpet by publicly standing against white supremacy and neo-Nazi individuals. Nev donned a yellow Star of David pinned to his jacket in support of Jewish people, while his wife also wore a red heart pinned to her top. The yellow pin is a strong statement, which Billy Joel similarly wore at a recent New York City concert, as it's the symbol Jews were required to wear to identify themselves religiously during World Word II.

But Nev was not alone. His Catfish costar Max Joseph appeared on the red carpet wearing a blue t-shirt with "JEW" emblazoned across the centre. Read on to see the photos of the celebrities making political statements in fashion, and then check out every look from the 2017 VMAs red carpet.