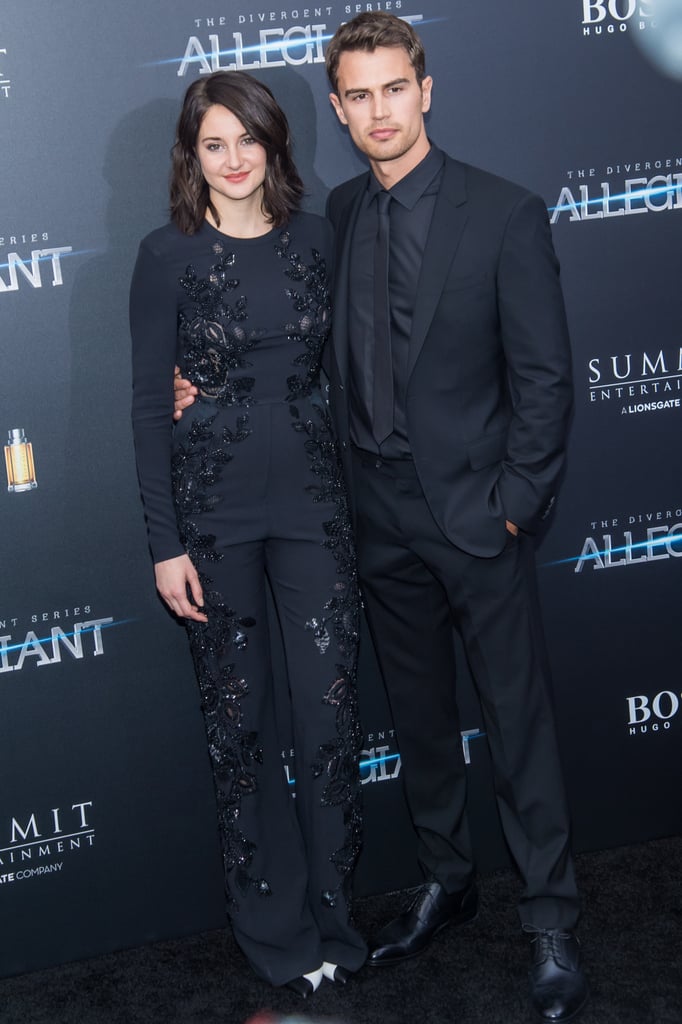 Shailene Woodley, Theo James, and the rest of the The Divergent Series: Allegiant cast all hit the red carpet for the New York premiere of their film at the AMC Lincoln Square Theater on Monday evening. Theo showed off his sexy smoulder for the cameras while Shailene, who stunned in a black jumpsuit, flaunted her offscreen chemistry with Naomi Watts. Birthday boy Ansel Elgort also brought his ridiculously good looks and linked up with Miles Teller, who recently sat down with POPSUGAR ahead of the films release last Thursday. In addition to appearances by the original cast of the Divergent series, newcomers Nadia Hilker and Jeff Daniels also popped up at the event. Keep reading to see the star-studded arrivals, and then watch the cast play a delirious game of Mad Libs.