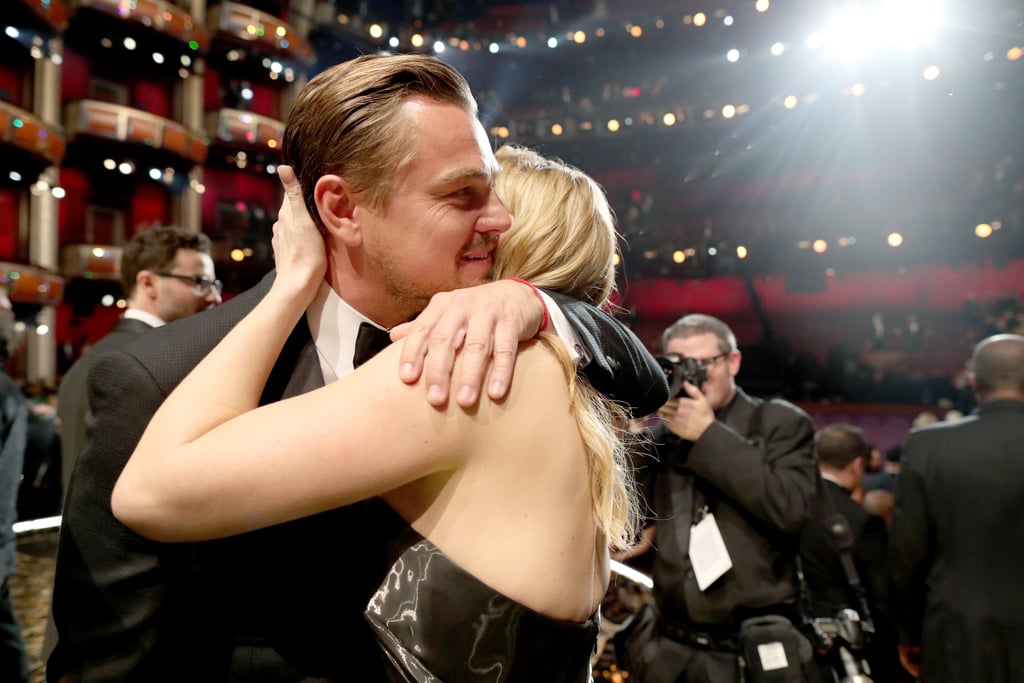 Leo got a giant hug and kiss from his BFF Kate Winslet.

Sunday night's Academy Awards were full of memorable moments, most of which you likely saw on TV — but there were even more outstanding things that happened when we least expected them. During the show's nearly four-hour-long telecast, Hollywood's biggest A-listers took the many ad breaks as an opportunity to mix, mingle, and catch up with each other in the audience. We've rounded up 14 fun pictures, from Kate and Leo's ongoing lovefest to Brie Larson as the belle of the ball. Keep reading to see them all now, then check out the cutest candids from the red carpet.