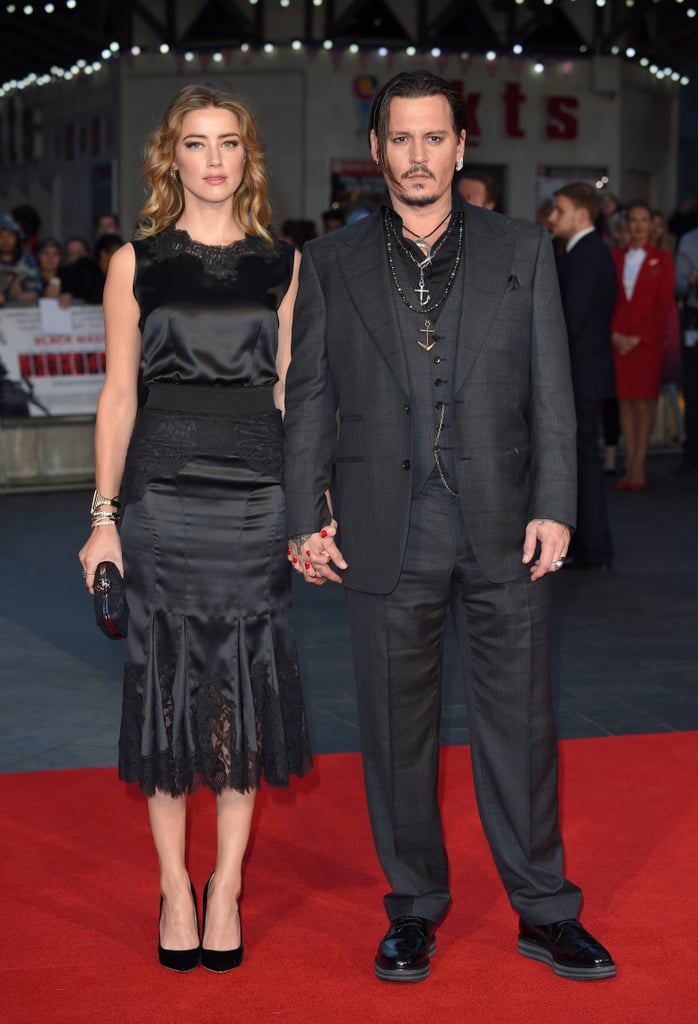 Johnny Depp and Benedict Cumberbatch couldn't have been any cuter alongside their other halves at the London screening of their new film, Black Mass, on Sunday. The event marked yet another stunning appearance for Johnny and Amber Heard, and throughout the night, Benedict and Sophie Hunter shared loving glances on the red carpet.

Johnny and Amber's latest outing comes on the heels of a busy couple of months for the pair. After making their way to the Venice Film Festival in September, the couple jetted off to Toronto for the premiere of The Danish Girl, later flying to Brazil where things got emotional as they helped more than 200 Brazilians hear for the first time. Keep reading to see more snaps from the Black Mass premiere, then find out what Johnny recently revealed about his daughter's modelling career.