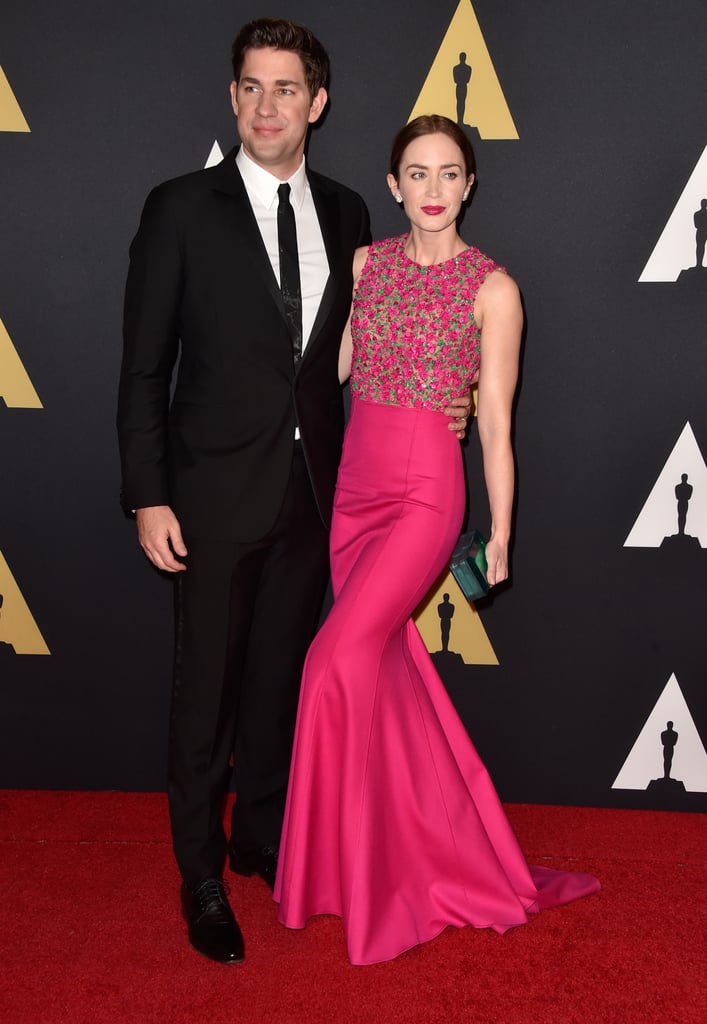 The stars were on hand on Saturday night for the 2014 Governors Awards to watch three Academy Honorary Awards get handed out in LA. This year, winners include French novelist and screenwriter Jean-Claude Carrière, anime director Hayao Miyazaki, and actress Maureen O'Hara. The Jean Hersholt Humanitarian Award will also be presented to singer and civil rights activist Harry Belafonte. The award show is Hollywood's day to launch the Oscar season and is hosted by the Academy of Motion Picture Arts and Sciences. While the ceremony is not televised, like the Oscars, it is chock-full of A-list celebrities, including Jennifer Aniston, Reese Witherspoon, Benedict Cumberbatch, and Emily Blunt. Keep reading to see all the stars arriving at this year's Governors Awards.