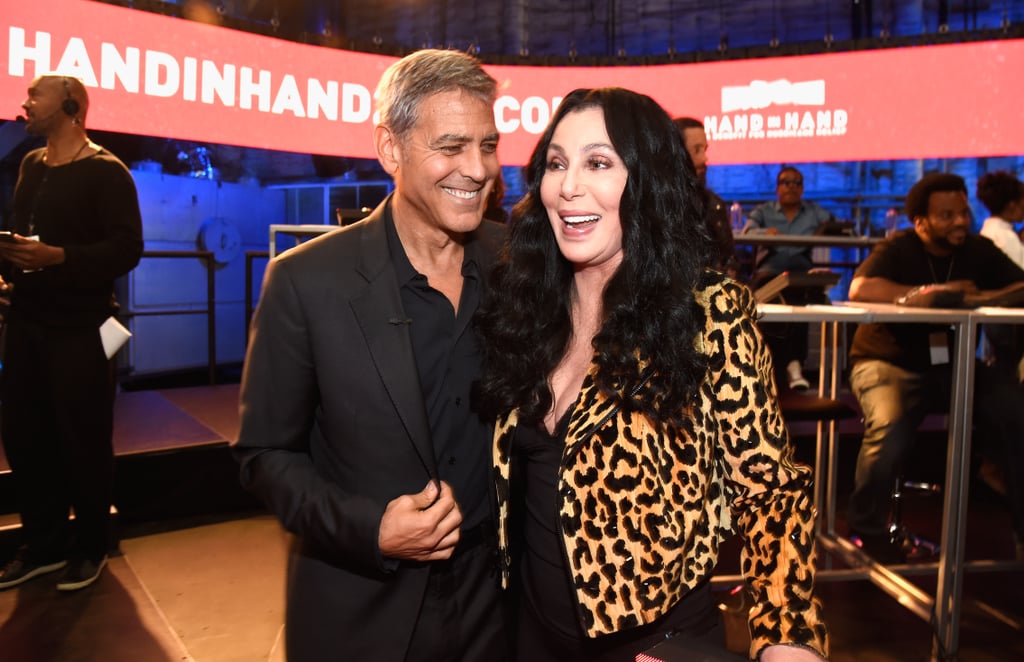 Several stars joined forces for the Hand in Hand hurricane relief telethon in the wake of Hurricanes Harvey and Irma on Tuesday evening. The one-hour event, which raised money for those affected by the hurricanes, featured stages in LA, NYC, Nashville, and San Antonio, and brought out plenty of celebrities, including George Clooney, Tom Hanks, Cher, and Leonardo DiCaprio. It also featured moving performances by Usher and Blake Shelton and Luis Fonsi and Tori Kelly, as well as a powerful speech by Beyoncé. Keep reading for all the best photos.