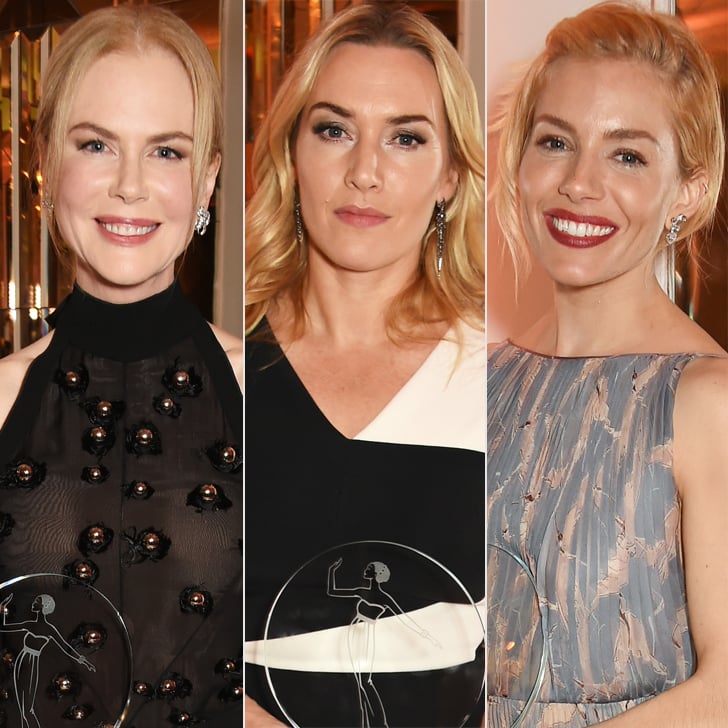 It was all about celebrating strong female talent at the Harper's Bazaar Women of the Year Awards in London on Tuesday night. In the wake of her promotional rounds for Steve Jobs, honouree Kate Winslet had the company of the film's director, Danny Boyle. Meanwhile, Sienna Miller took home the best British actress award for her roles in Burnt, Mississippi Grind, and American Sniper. Nicole Kidman — who had a sweet outing with husband Keith Urban just last month — shared fun moments with Ruth Wilson and former costar Ian McKellen and received the theatre icon award for her recent work in Photograph 51. Ellie Goulding was also recognised for the success of her single "Love Me Like You Do," which went No. 1 in 29 countries. Keep reading to see more highlights from the star-studded evening.