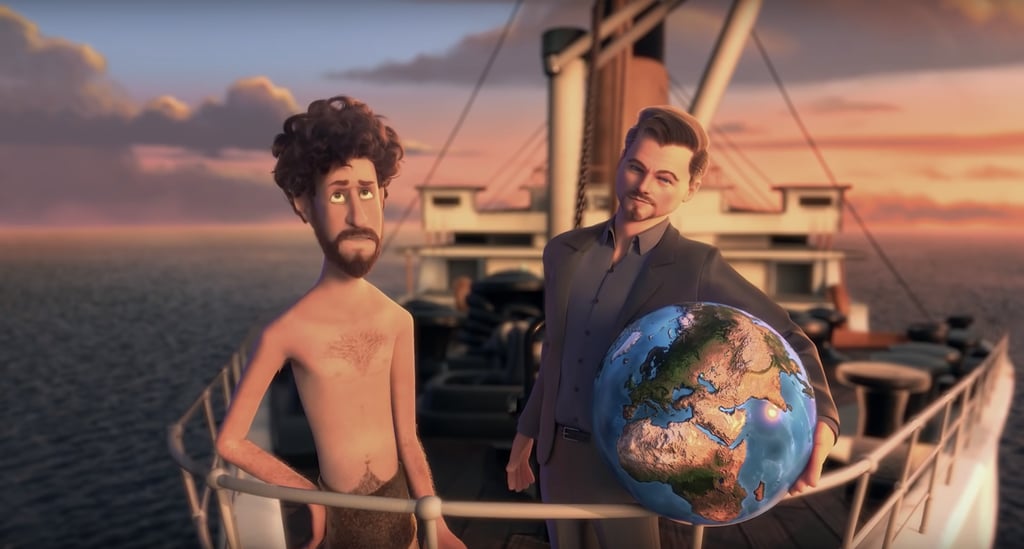 As far as epic music videos go, Lil Dicky's "Earth" is definitely up there. The mostly animated, seven-minute video depicts a journey over the entire Earth, stopping to meet some colorful (and hilarious) animals and people along the way. Designed to call attention to the environmental crises going on around the globe, the video was actually released for a good cause! All proceeds from the video are going to Leonardo DiCaprio's foundation, which works to protect threatened ecosystems and species around the world.

For a great cause like this, it's no wonder that some of music's biggest names lent their voices to the featured wildlife. Ahead, check out the familiar voices behind the video's characters, but note that some collaborators — like Meghan Trainor, Backstreet Boys, John Legend, Psy, Bad Bunny, Joel Embiid, Kris Wu, and Tory Lanez — lent their vocals to the song overall rather than a specific animal. (You can see their credits at the very end!)