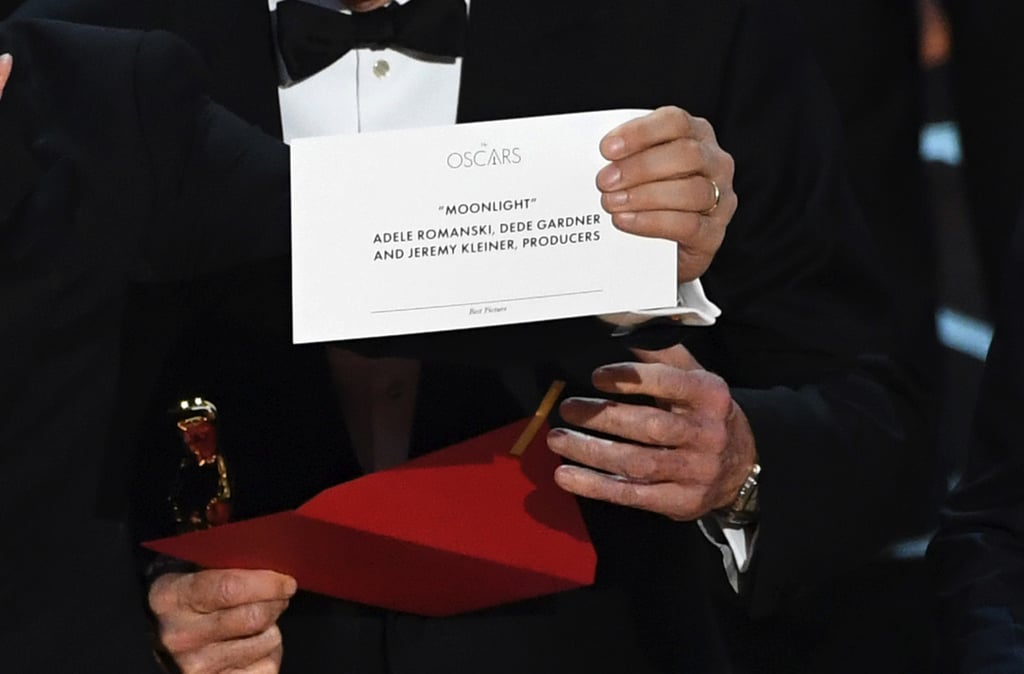 The 2017 Oscars ended with a shocker that left everyone floored after actress Faye Dunaway mistakenly announced La La Land as the winner for best picture. The coveted award actually went to Moonlight and was corrected by La La Land producer Jordan Horowitz. "There's been a mistake. Moonlight won," Horowitz said to the audience. "It's not a joke," he added, addressing the Moonlight cast. "This is not a joke, come up here." The confusion sent shock waves across social media, with celebrities sharing their bewilderment at the mix-up and showing support for Moonlight's well-deserved win.