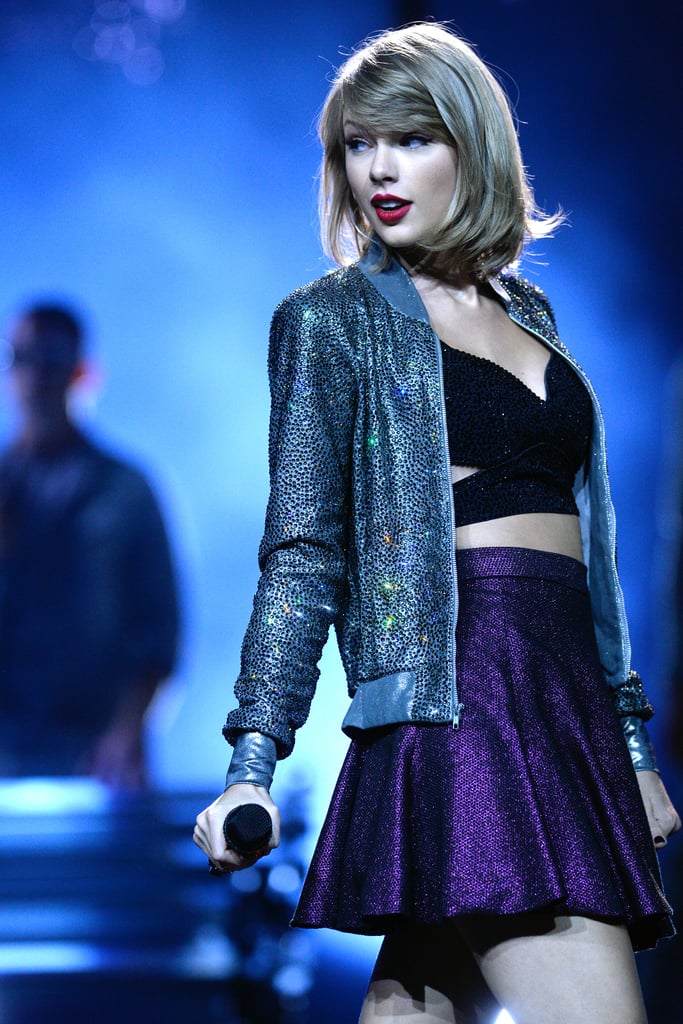 It's barely been a year since Taylor Swift and Kanye West officially made up at the 2015 Grammy Awards, and now they've probably got bad blood. On Thursday, during his Yeezy Season 3 presentation as part of New York Fashion Week, Kanye released a new song with lyics that refer very graphically to Taylor. Her brother Austin almost immediately responded with a pretty great "Spring Cleaning" video, which showed him throwing away his Yeezy sneakers. The controversy stirred from there, eventually inspiring Kanye to go on yet another Twitter rant, this time about the lyrics in question and Tay's alleged involvement. Kanye's not the only one using social media to comment on the lyrics, though — Taylor Swift's squad is hot on his heels. Keep reading to see all the friends and loved ones who have weighed in so far.

Taylor Swift
Taylor Swift Responds to Plagiarism Lawsuit: "The Lyrics to 'Shake It Off' Were Written Entirely by Me"
by Eden Arielle Gordon 23 hours ago