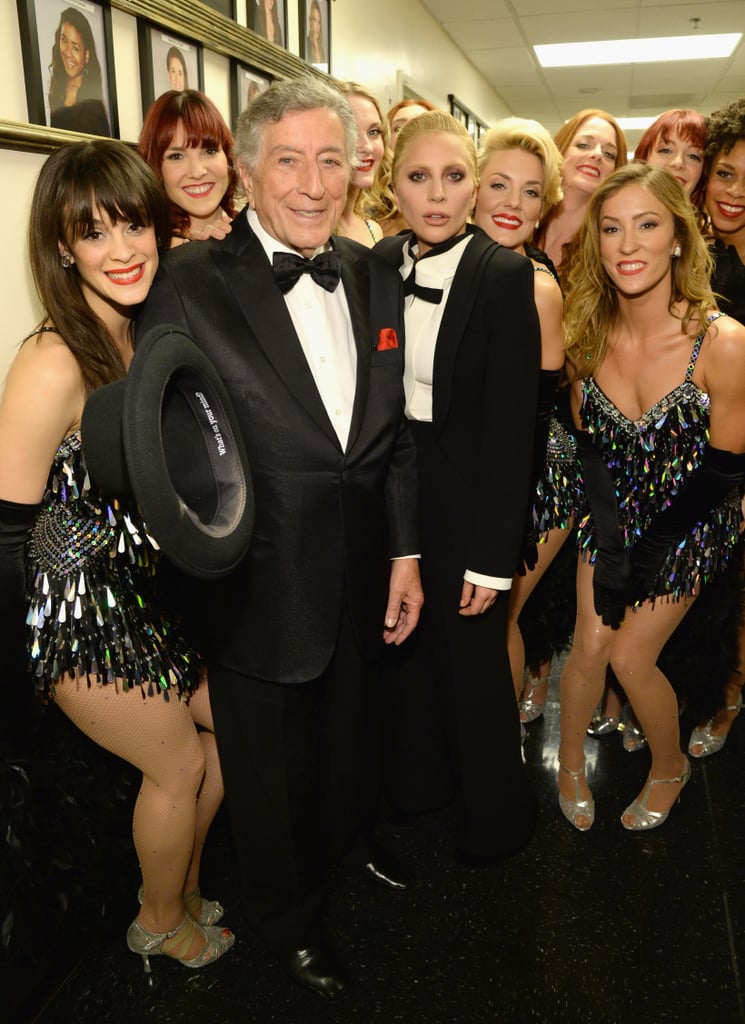 The music industry's finest stepped out for Sinatra 100: An All-Star Grammy Concert in Las Vegas on Wednesday night. Lady Gaga, Tony Bennett, Celine Dion, and Nick Jonas all hit the stage to perform Frank Sinatra's classic songs in honour of what would have been the late crooner's 100th birthday, as did Usher and Alicia Keys. Family Guy creator Seth MacFarlane — a noted Sinatra fan — acted as host for the event, and Frank's daughter Nancy sang with Harry Connick Jr.

Also on hand for the tribute were country artists Carrie Underwood, Trisha Yearwood, and Garth Brooks, as well as John Legend, who performed a duet with Katharine McPhee before hanging out with his pregnant wife, Chrissy Teigen, and fellow singer-model couple Adam Levine and Behati Prinsloo. Keep reading to see the best photos from the event.