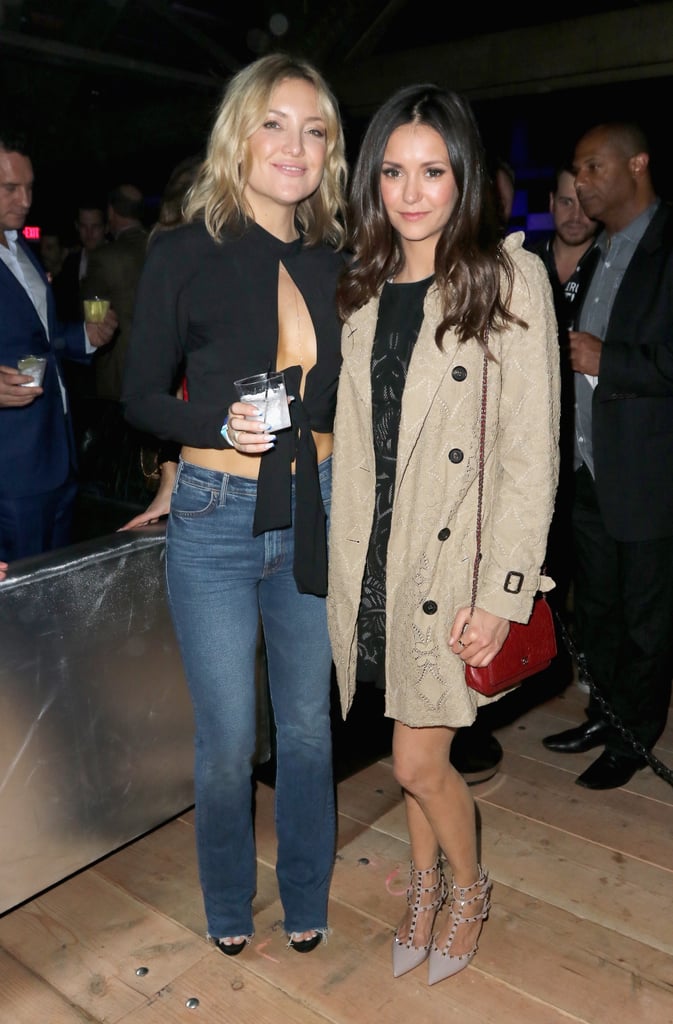 Celebrities wasted no time kicking off Super Bowl weekend, popping up at a series of parties in San Francisco on Saturday night. January Jones and Amy Adams were visions in white at Vanity Fair's bash, along with Adriana Lima, Jon Bon Jovi, and Joe and Nick Jonas, who also attended the event. Over at DirecTV's annual soiree, Olivia Munn and Julianne Hough showed up in the same outfit, while Nina Dobrev linked up with pal Kate Hudson, who gave us yet another peek at her impressive abs in a black crop top. Liam Hemsworth also made an appearance, as did Kate Bosworth, who was accompanied by husband Michael Polish. Meanwhile, Taraji P. Henson stepped out at the annual NFL honours ceremony just a day after winning big at the NAACP Image Awards. Keep reading to go inside all of the star-studded parties now!