When you heard the name Miley Cyrus, it used to conjure images of a smiling teenager who made a name for herself playing a secret superstar on the Disney channel, and whose biggest offense was moving her hips like yeah. Fast forward to 2013, and the Miley Cyrus you knew and loved has transformed into a twerking, smoking, wrecking-ball-riding pop phenomenon — and though she's still got that gorgeous smile, it's usually accompanied by a gold grill. Much has been made of Miley's recent exploits — a raunchy MTV VMAs performance, two stripped-down music videos, and, most recently, lots and lots of grinding on Santa Claus — and the country seems to have fallen into two camps: those who miss the old Miley, and those who love her even more.

Throughout all of the Miley mayhem, even some of her fellow celebrities have come out to defend her new image. Industry fixtures like Justin Timberlake, Kanye West, and Britney Spears (who contributed to Miley's album, Bangerz) have all spoken out in support of her current path, while other stars (Sinead O'Connor chief among them) have blasted Miley's public persona as "shocking," "tacky," and "highly styled pornography." We've listed some of the more noteworthy reactions to Miley Cyrus's self-proclaimed "movement" and are tallying up which celebs are on her side, and which are just not having it — plus one star who seems to be on the fence. See her celebrity scorecard below.

Part of the Movement 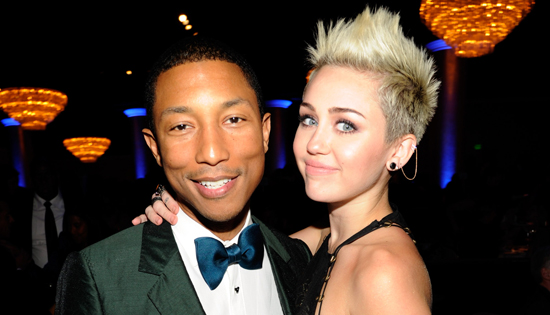 Not Totally on Board

Image Source: Getty
Miley's Celebrity Scorecard: Which Stars Are on Her Side?  originally posted on POPSUGAR Celebrity News
Celebrity Quotes