The cast of The Great Gatsby kicked off the glamorous Cannes Film Festival at their premiere in France tonight — and they didn't let a little rain stop them! They stayed dry from the drizzle, which really just added to the drama of the event, with oversize umbrellas. And while many stars held onto their own, others got a little help from handlers decked out in black-tie. 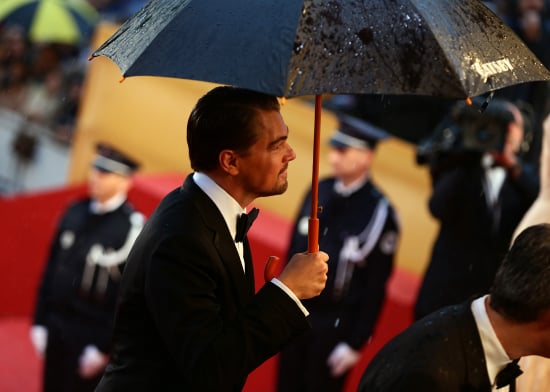 Leonardo DiCaprio looked extra dapper with his umbrella in hand — read more to see the rest of the stars trying to stay dry!

Isla Fisher had an umbrella escort

Elizabeth Debicki and Leonardo DiCaprio used their umbrellas as props

The jury got shielded

Image Source: Getty
Is There Room Under That Umbrella For Us, Leo?  originally posted on POPSUGAR Celebrity News