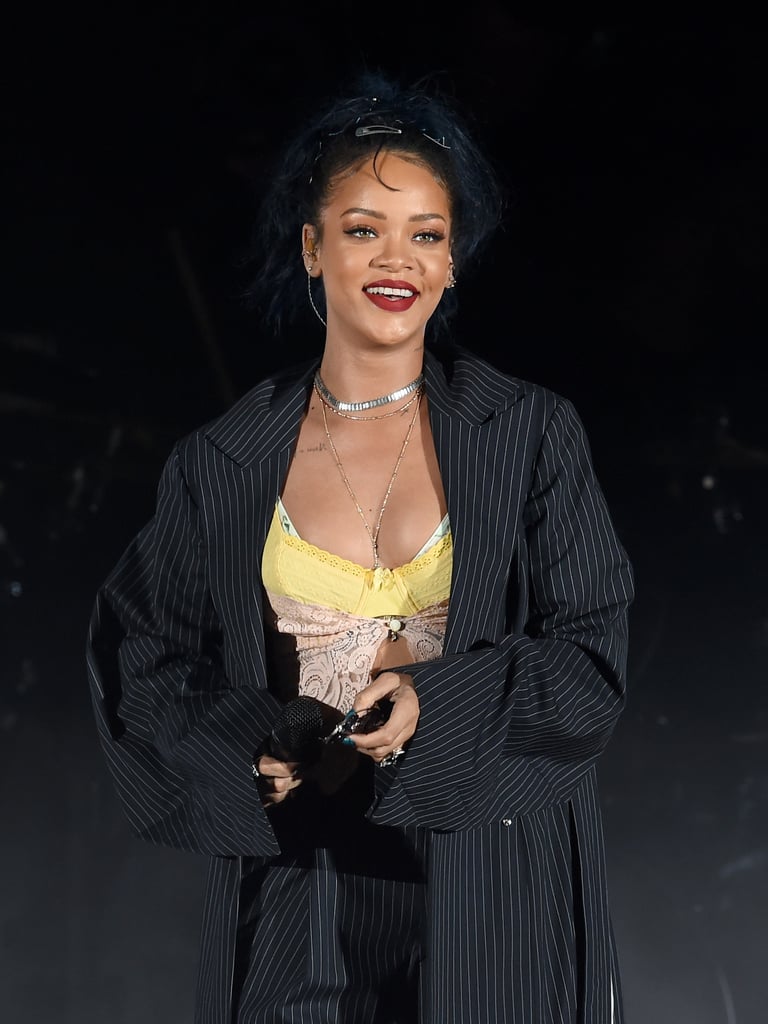 A slew of stars gathered at CBS Radio's third annual We Can Survive concert, a charity show benefiting breast cancer awareness, in LA on Saturday night. Among the bunch of performers was Demi Lovato, who sang her hit song "Cool For the Summer," while pal Nick Jonas belted out "Levels." Adam Levine linked up with his band Maroon 5 and performed "Payphone," and Calvin Harris spun a handful of his popular singles and posed with fans on the red carpet. But the fun didn't stop there: after the many stars hit the stage, Rihanna surprised fans with an unanticipated performance of "B*tch Better Have My Money," followed up by The Weeknd, who wowed the crowd with his impressive vocals. Read on to see even more famous faces and performances from the night!