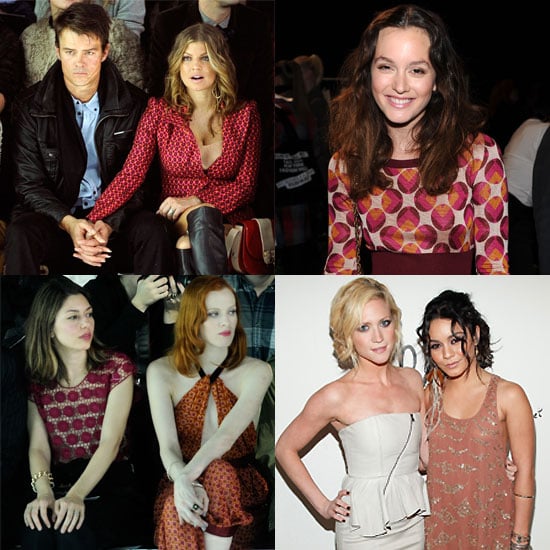 New York Fashion Week continued apace yesterday as Fergie and Josh Duhamel sat front row at the Marc Jacobs show. Vanessa Hudgens was spotted distracting herself from her newly single status on the romantic day at the designer's show — her ex Zac Efron took in a show at the weekend — while Sofia Coppola and Karen Elson sat front row too. While Blake Lively was in the UK at the Elle Style Awards, her Gossip Girl costar Leighton Meester chatted to Marc backstage in NYC. Vanessa also hung out with her buddy Brittany Snow at the Alice & Olivia event, and other stars spotted at the shows yesterday included Whoopi Goldberg, Leigh Lezark, Emma Roberts, Christina Hendricks, and Julia Stiles.