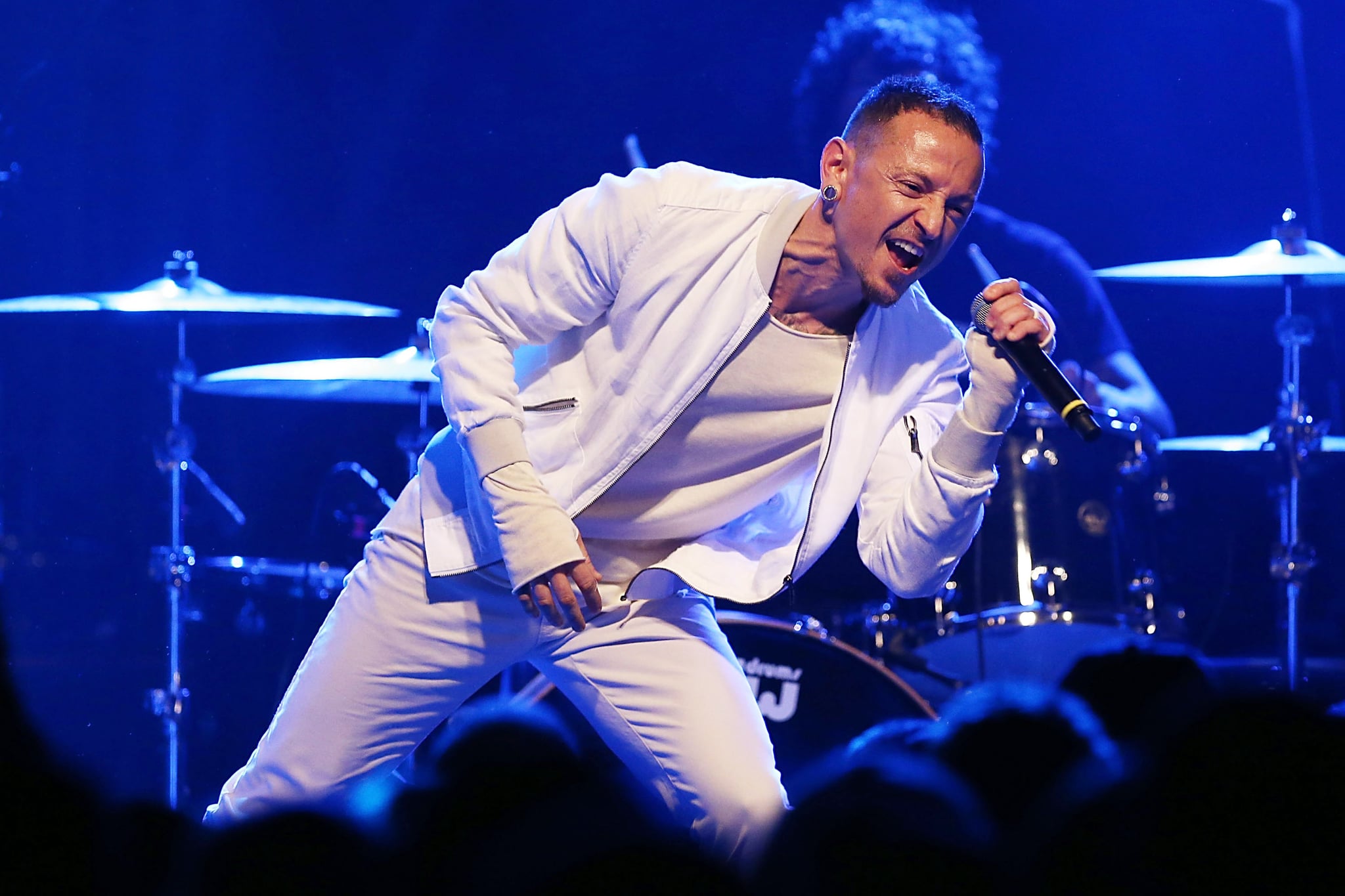 News broke on Thursday that Linkin Park frontman Chester Bennington died by suicide at the age of 41. According to LA law enforcement, the legendary musician hanged himself at a private residence in Palos Verdes Estates, and his body was discovered on Thursday morning. Shortly after his death, celebrities began flooding social media with condolences for his family as well as praise for his unmatched talent. In addition to bandmate Mike Shinoda confirming the news on Twitter, saying he is "shocked and heartbroken," stars like Chance the Rapper, Jimmy Kimmel, and Dwayne Johnson also spoke out. Rihanna posted a photo of Chester performing on Instagram, writing, "😢😢😢😢😢😢😢😢😢😢😢😢😢😢😢😢😢😢😢😢😢😢😢😢😢😢😢😢😢😢😢😢😢😢😢😢 Literally the most impressive talent I've ever seen live! Vocal beast! #RIPChester #LinkinPark." He is survived by his wife, Talinda Ann Bentley, and his six children. 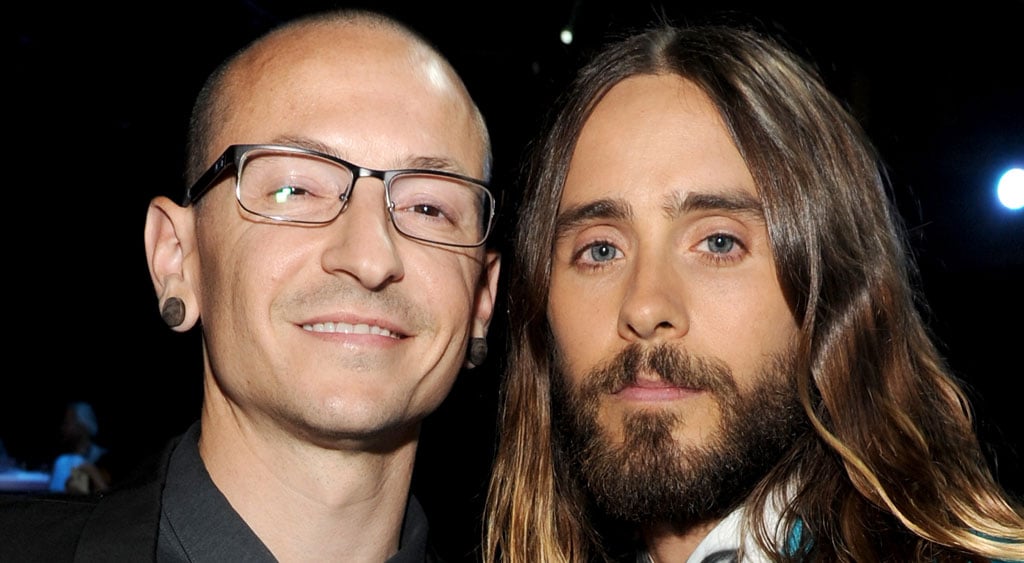 Image Source: Getty/Kevin MazurJared Leto paid tribute to Chester on Instagram, writing, "When I think of Chester I remember his smile... His laughter, intelligence, kindness and talent. That absolutely unforgettable voice that was at once - delicate, ferocious and always full of emotion. Witnessing his life taught me a lot. Especially about commitment, about kindness, about hard work, about the pursuit and achievement of dreams and mostly, about love. I know that both his family and his band were a massive source of inspiration and pride for him. It was clear to me that he was deeply grateful for both the people that surrounded him and the life that he had. My heart goes out to his family, friends, band and fans. A tragic loss of an absolute legend. We will miss you."

So sorry to hear the news about Chester Bennington. Sending so much luv, strength & light to his family, kids & @linkinpark ohana.

Chester was one of the kindest men I've had on my show. My heart breaks for his family and friends. He will be missed terribly.

Oh dear God. Massive R.I.P to Chester Bennington of @linkinpark this BREAKS OUR HEART. Suicide is the devil on earth walking amongst us 😞

Chester had 6 kids. If anyone out there thinks the world is better without you. You are so unspeakably wrong on every level. Get help plz

artists are ppl compelled to bring beauty into a world that can be so dark. makes sense then that artists are always conscious of darkness..

... & maybe at times made more vulnerable by it? i don't know. life can be relentless. heart hurts for Chester's family/band/friends/fans.

RIP Chester Bennington. This feels like a kick in the chest. My December has pulled me through many times. Depression is a real monster.

The news about Chester Bennington is devastating. My thoughts and prayers are with his family, friends and @linkinpark. Such a tragic loss

Chester it was truly a pleasure, thank you for sharing your greatness... #RIP #LinkinPark 🙏🏿

R.I.P Chester Bennington
My thoughts are with his family & friends today
He & @linkinpark are the kindest folks you could ever hoped to meet pic.twitter.com/abS1e4t3Oi

Each time I was lucky enough to be around @ChesterBe, he was an encouraging, positive force. Rock and roll will never fill the space he left pic.twitter.com/asceRPvEuX

I am in tears.Chester just told me how happy he was…..He was such a sweet and talented man……Ifeel so sad for his family,band mates and fans

We're extremely saddened by the loss of Chester Bennington. Our thoughts are with his family and friends. Such is a huge loss for so many.

Celebrity Kids
Tan and Rob France Are Expecting Their First Child: "Our Hearts Are So Full Right Now"
by Monica Sisavat 3 weeks ago