Some of Hollywood's most notable names gathered at the Four Seasons in Beverly Hills on Saturday for the British Academy of Film and Television Arts's annual award-season tea party. Silver Linings Playbook stars Bradley Cooper, Jennifer Lawrence, and Chris Tucker, along with their director, David O. Russell, walked the red carpet. Hugh Jackman, Tom Hooper, and Amanda Seyfried also posed for pictures outside the party, while their Les Misérables cohort Anne Hathaway chose to make a quiet entrance away from the cameras with her husband, Adam Shulman, by her side. Other stars in attendance included Benedict Cumberbatch, Ben Affleck, Sally Field, and Jon Bon Jovi.

We spotted Bradley Cooper chatting with Hugh Jackman, and he admitted he felt a little starstruck by his fellow actor. After Silver Linings Playbook racked up several statuettes at the Critics' Choice Awards earlier this week, it looks like Bradley is a front-runner at tomorrow's Golden Globes, but when someone at today's soiree asked him how he'd celebrate if he won, he humbly dismissed the possibility as "crazy talk." Stay tuned for our interviews with Bradley, Hugh, and more stars at the BAFTA bash. 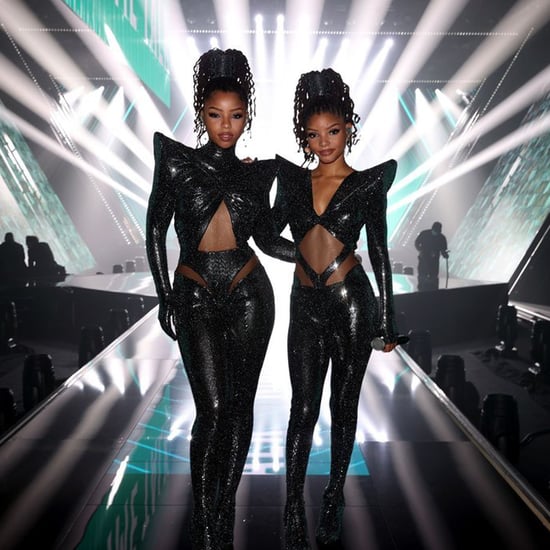 by Mekishana Pierre 22 hours ago